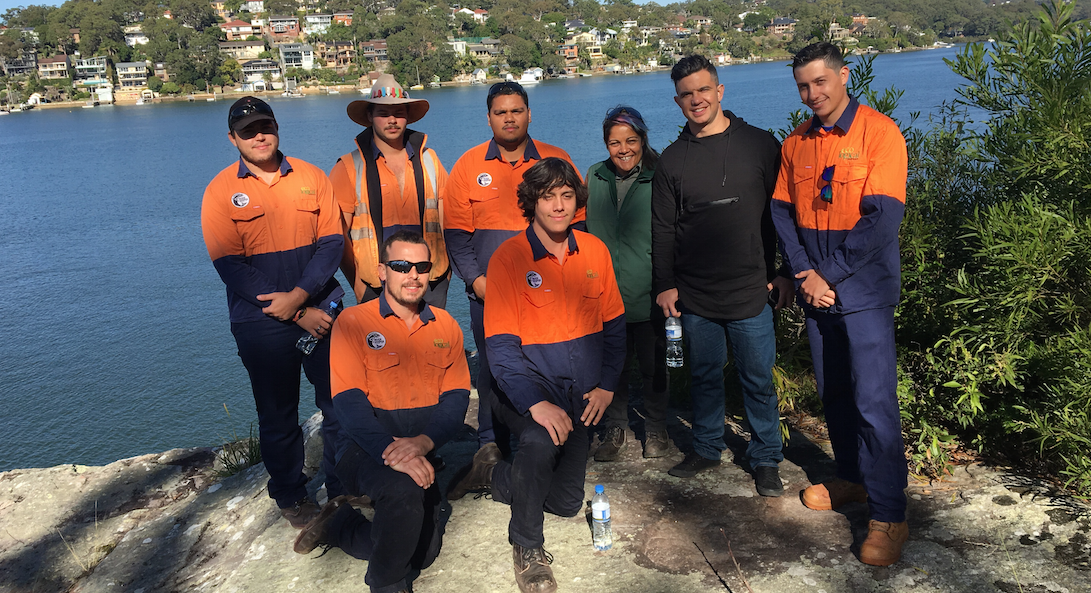 For the past three years, Eco Logical Australia’s Vanessa Cavanagh has worked as the project manager of the Aboriginal Riverkeeper Team project. A first of its kind for ELA; the project operated within the Georges River catchment in south-west Sydney, undertaking bushland regeneration across 15 different work sites. ELA employs and manages a team of young Aboriginal trainees to undertake bush regeneration while also engaging in cultural practices and learning. The project is federally funded and run in collaboration with our client, the Georges River Combined Councils Committee (GRCCC).

As a proud Aboriginal woman and passionate conservationist, the project gave Vanessa the opportunity to share her extensive knowledge as well as extend her own project management skills. The project generated important environmental impacts and also significant social and cultural impacts for the all the people involved including the Aboriginal trainees, the non-Indigenous team supervisor Lex Gerasimou, the client, GRCCC, and also the Aboriginal community.

The project also produced profound ecological benefits through the restoration of large areas of bushland by increasing habitats, protecting flora and fauna diversity, controlling invasive weed, planting and rubbish removal. This included the planting of 45,149 native plants over 11.5 hectares into local council reserves. The removal and treatment of 119.5 hectares of noxious or highly problematic weed species weeds including lantana, asparagus fern, crofton weed, African olive and morning glory among other weed species. 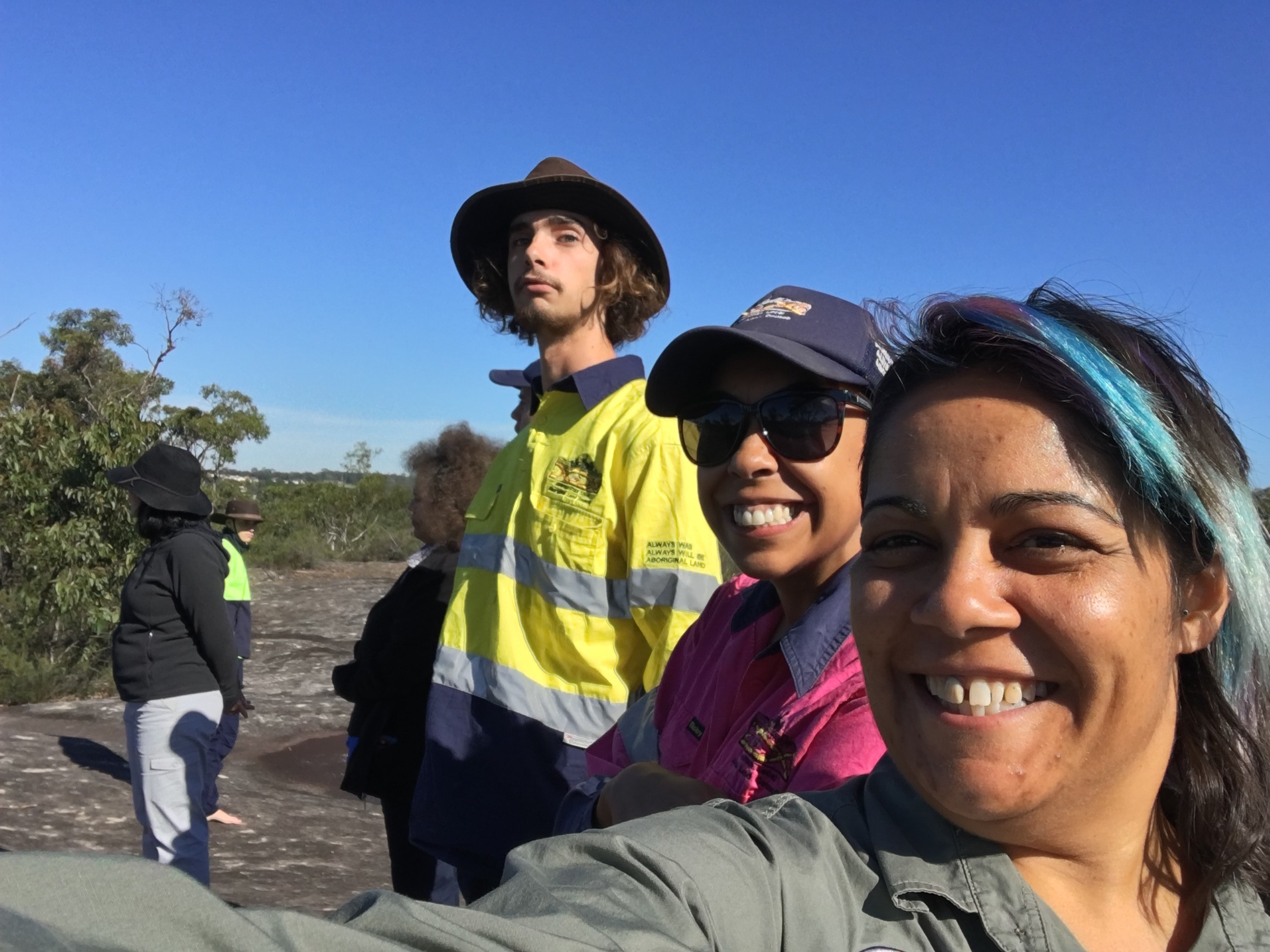 Now at the end of her time with the Riverkeeper Project, Vanessa has achieved incredible results and her unwavering passion and energy will be greatly missed. We caught up with to hear her reflections on the program and where she is headed next.

What was most rewarding about working on the Aboriginal Riverkeeper project?

It’s been incredibly rewarding to work on a project that places social outcomes for Aboriginal people as a priority. At the end of the project we will have created eight trained and experienced Aboriginal bush regenerators - this is a 100% success rate - unheard of in the Sydney basin. It’s a phenomenal achievement.

What were some of the challenges?

Because this project was the first of its kind in many ways it meant that there was no template to emulate or compare to. I learn best from watching others so it was challenging for me to deliver without having those guides.

Of course with hindsight there are many things I can see that I would have changed to improve and maximize the outcomes of the project. However, I have also published two conference papers and numerous presentations during my time as the project manager so my knowledge can contribute to future projects and the Indigenous NRM sector more broadly.

What was the impact of the Aboriginal Riverkeeper project on the trainees?

Significant impacts have been felt by the trainees. It’s a very personal journey for each of them and some are further into that journey than others. I witnessed some trainees go from stammering and looking at their feet when asked about their Aboriginal heritage to being able to respond with confidence about who their mob is and how they fit into Aboriginal society. By incorporating the strong cultural components into the project we are contributing to building up the cultural strength of each individual trainee and also mitigating some of the impacts of colonisation and disadvantage experienced by Aboriginal people. 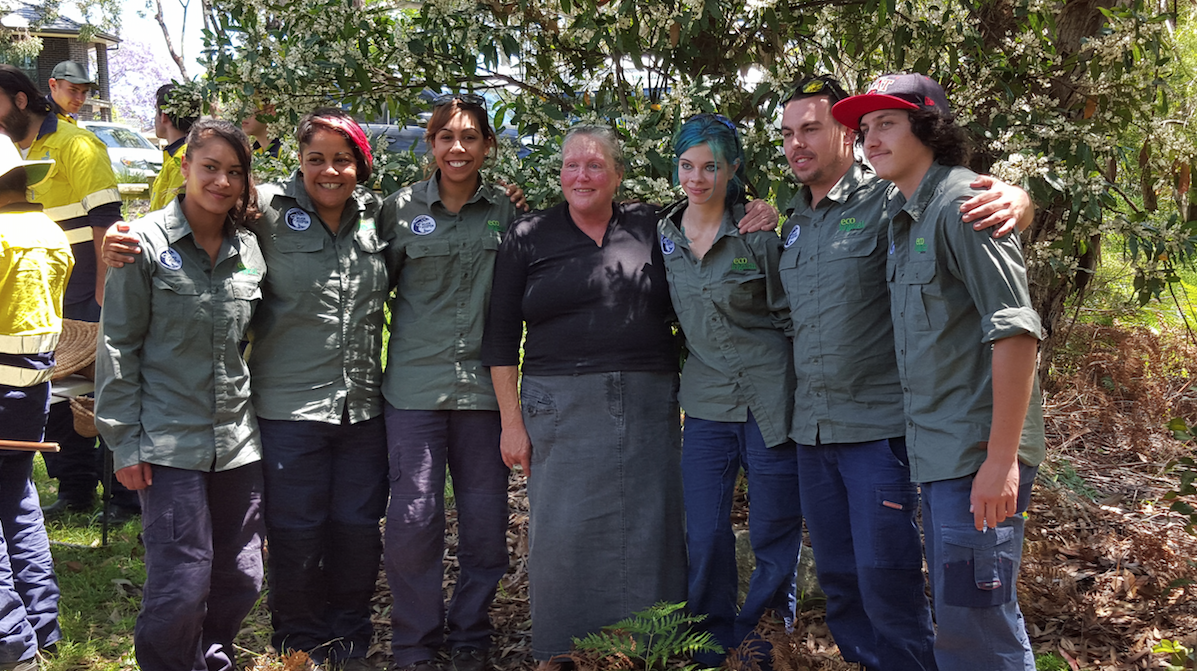 There have also been many notable achievements such as Larissa Cooper winning the Cliff Daylight Encouragement Award for Aboriginal and Torres Strait Islander Students in south-west Sydney 2015; and winning a NSW TAFE Gili award for outstanding Indigenous students in TAFE 2016. As a team, the first group of trainees won the TAFE NSW Northern Sydney Institute Sustainability Students of the Year Award 2016.

What kinds of cultural learnings did the trainees participate in?

There were cultural days where we would go out on Country with Elders and learn. During these days trainees would do things such as: visit Aboriginal heritage sites, learn Aboriginal cultural protocols, and participate in cultural events and activities like NAIDOC celebrations and the repatriation of Aboriginal human remains to Country. Each trainee made their own Aboriginal tools. The tools included boomerangs, tap sticks and digging sticks. For many of the trainees it was the first time they got to physically engage in the traditional Aboriginal practice of tool making and was a cultural strengthening activity for them personally. The tools are theirs to keep as a touch-stone to their traineeship experiences and also to strengthen their Aboriginal identities, something they are all very proud of.

Were there any unexpected results from the program?

The client (GRCCC) and myself both expected higher levels of attrition throughout the project. We were aware of similar programs where attrition was intense and disruptive. So it was a real surprise to experience the low level of attrition that we did. Especially when we had young Aboriginal people entering a predominantly non-Indigenous company as trainees and learning technical skills and building experience in a full-time capacity. This indicates that the Aboriginal Riverkeeper Team is a model that works. Having regular engagement with culture and Elders, and having a secure and supportive workplace was crucial to this success.

What is next for you?   Continuing to work at ELA developing opportunities for other Aboriginal Riverkeeper Teams. For Spring session I go back to the University of Wollongong where I'll teach and be the subject coordinator for a first year Geography subject, I have also discussed undertaking my PhD studies next year.