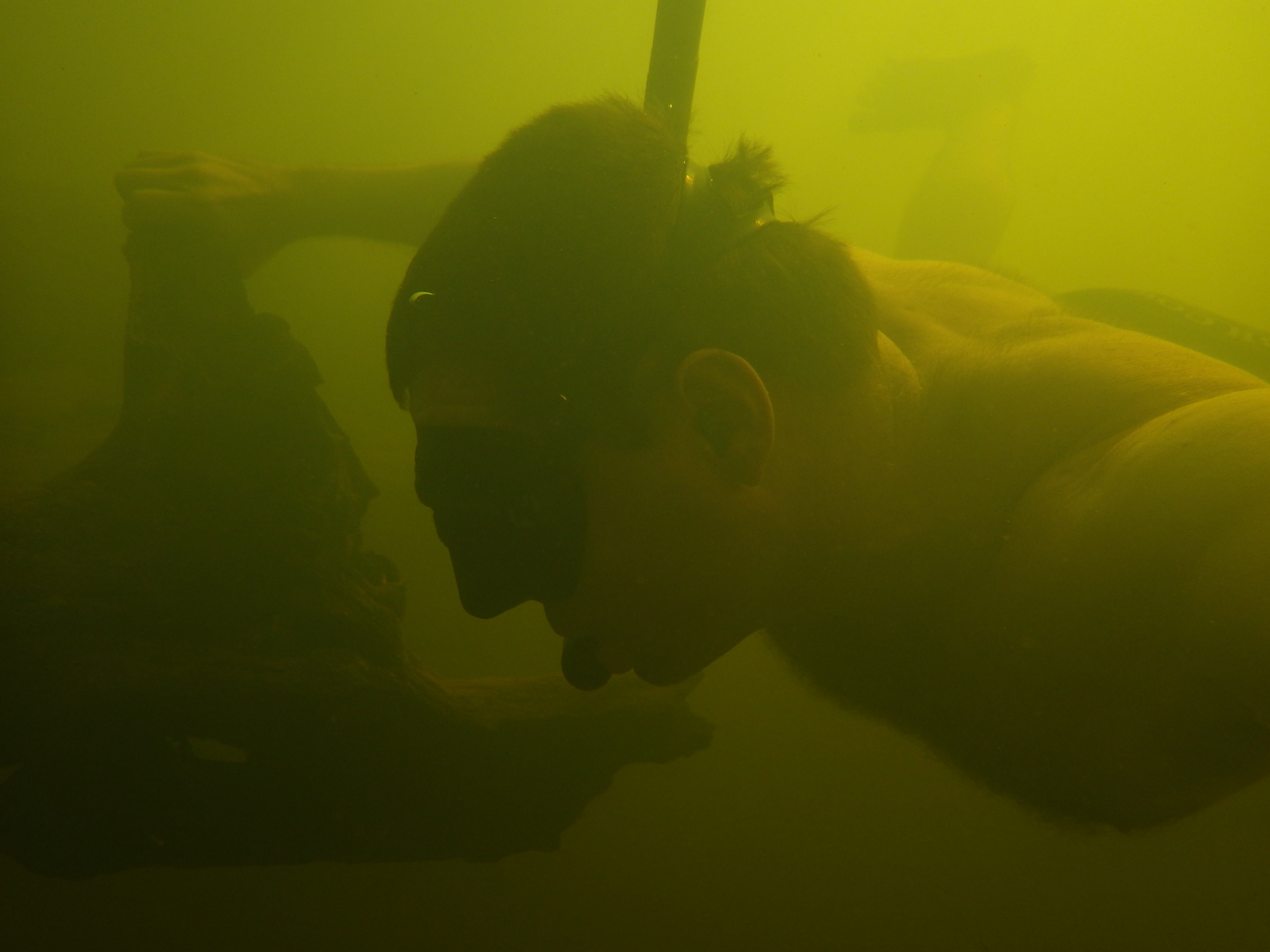 For the past three years, Eco Logical Australia has assisted the Port Macquaire-Hastings Council with the Koree Island Biological monitoring program. Twice a year, in autumn and spring, a team from ELA head out to camp on the banks of the Hastings River to monitor fish communities and aquatic plants.

‘There is an organic garlic farmer who allows us to camp on his property. The river has high banks so it’s nice and quiet. The water is clear, you can hear fish jumping in the river at night and there are platypus in a pool right beside the camp’ says project manager Peter Hancock.

The overall objective of the program is to ensure The Koree Island pumping stations maintain appropriate water flow levels for the natural environment. By monitoring fish communities in the river, the team is able to understand the effect of the pumping stations on the river’s biodiversity.

Traditional fish surveys in the NSW area commonly employ techniques using nets (both handheld and installed) and canoes. However as the project has matured into the 2nd round of a three-year contract, Peter Hancock says that the team has begun experimenting with other surveying techniques to gain a more comprehensive idea of the fish species living in the river.

‘Each technique has a bias. By employing a range of methods we hopefully overcome the bias that each individual method has.’

Inspired by researchers at James Cook University in Far North Queensland, Peter and his team have been experimenting with snorkelling as a way to capture visual data. While common to conduct snorkel surveys in salt water, it is less common in fresh water as the water is often less clear. The Hastings however, provides an ideal area for snorkel surveys.

‘I think you see more. Especially the smaller fish like Gudgeons, as they spend time around the edges of the river. We’ve since found four different species there. We’ve also seen so many more Rainbow Fish than we’ve caught in the nets.’

Snorkelling has allowed the team to target certain habitats such as weed beds, root systems and overhanging banks, which otherwise can be missed by nets. The visual surveys are also less stressful for the fish.

The team has also trialled the use of remotely deployed cameras.

‘We’d noticed that the nets just weren’t catching some fish. By setting up cameras mid-channel, we were particularly able to capture the mobile mid-water species that were being missed.’

‘We started with baited cameras and mostly got photos of turtles. When we took the bait away, we got more fish photos- two types of mullet and freshwater herring- which is the purpose of our survey.’ As many fish are most active at night, next trip Peter hopes to experiment with lighting or an infrared camera.

Another technique Peter and the team are keen to try out is to use drones to survey catfish nests. Peter has been experimenting and discovered that the circular catfish nests are visible from the air. He hopes to also bring this innovative technology to the Hastings this autumn. 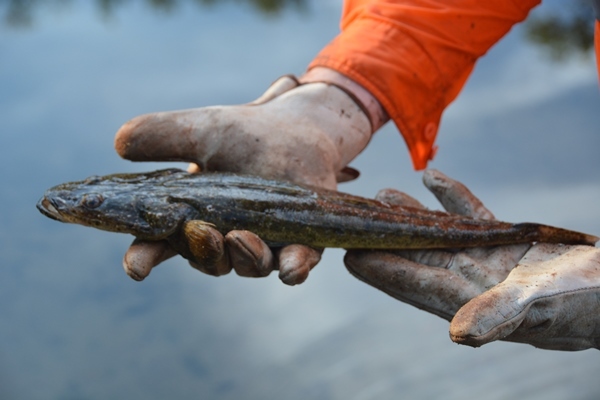