A rare, brown orchid without chlorophyll – hear all about this fascinating new species.

Discovering a new plant species is a highlight for a botanist and even more remarkable when it’s in your own backyard as happened to ELA’s Dr. Lachlan Copeland when he discovered a new species of orchid on his property in 2018. 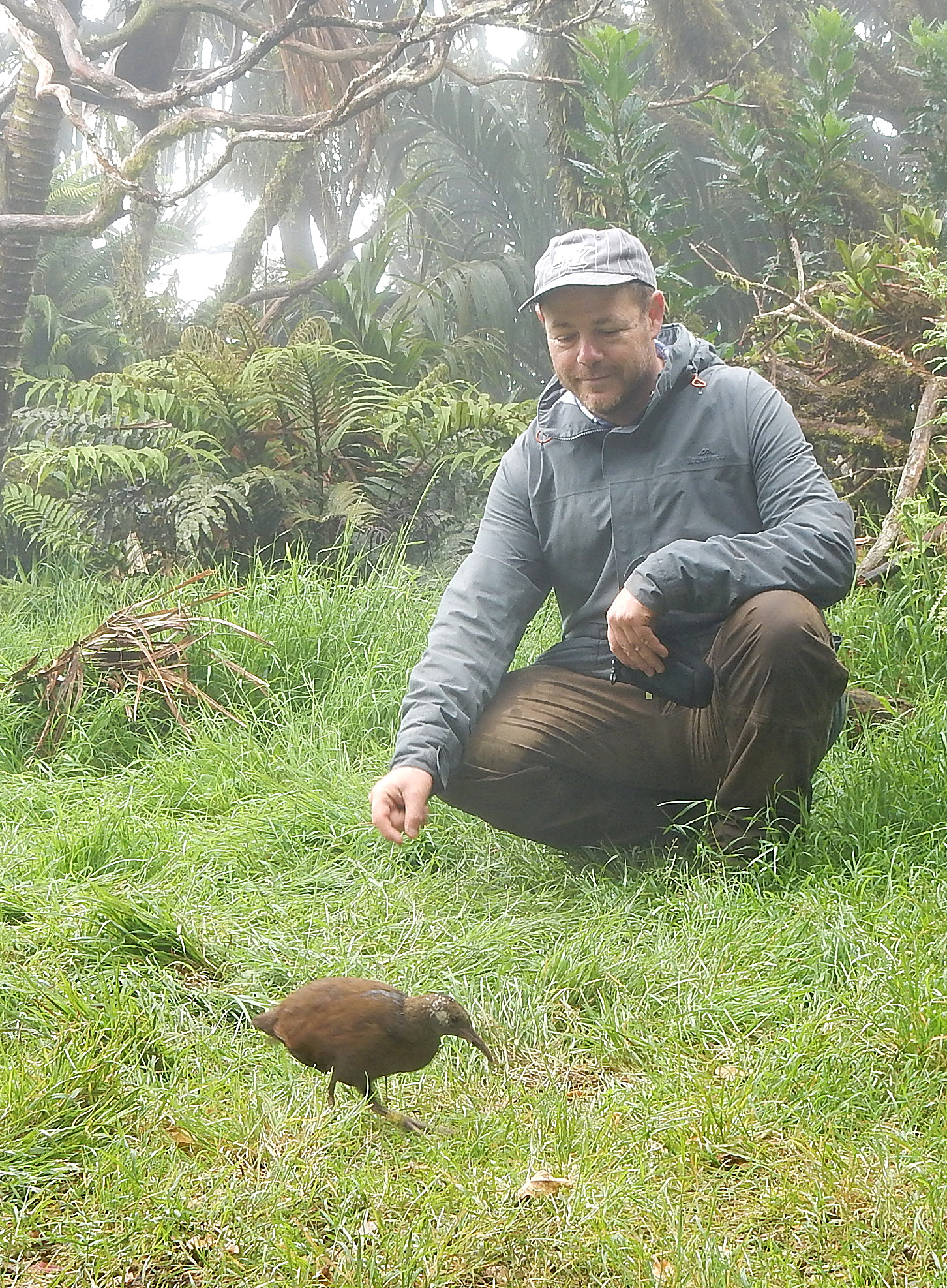 [Dr. Lachlan Copeland with a Lord Howe Woodhen seen on a recent fieldtrip]

In the two years since unearthing Danhatchia copelandii, Lachlan has gotten to know a whole lot more about this stunning species. We had a chat with him about his findings, the most interesting one being that “there’s only one or two other species in the world in the genus giving it a high level of taxonomic distinctness. It really counts a lot for conservation and it’s quite exciting”.

Lachlan has nominated the species as “Critically Endangered” on the NSW Biodiversity Conservation Act 2016. He says it clearly meets the criteria of being extremely rare given there are less than 50 individuals of the species currently known. Being critically endangered gives it a high level of protection which can assist in its long-term conservation. 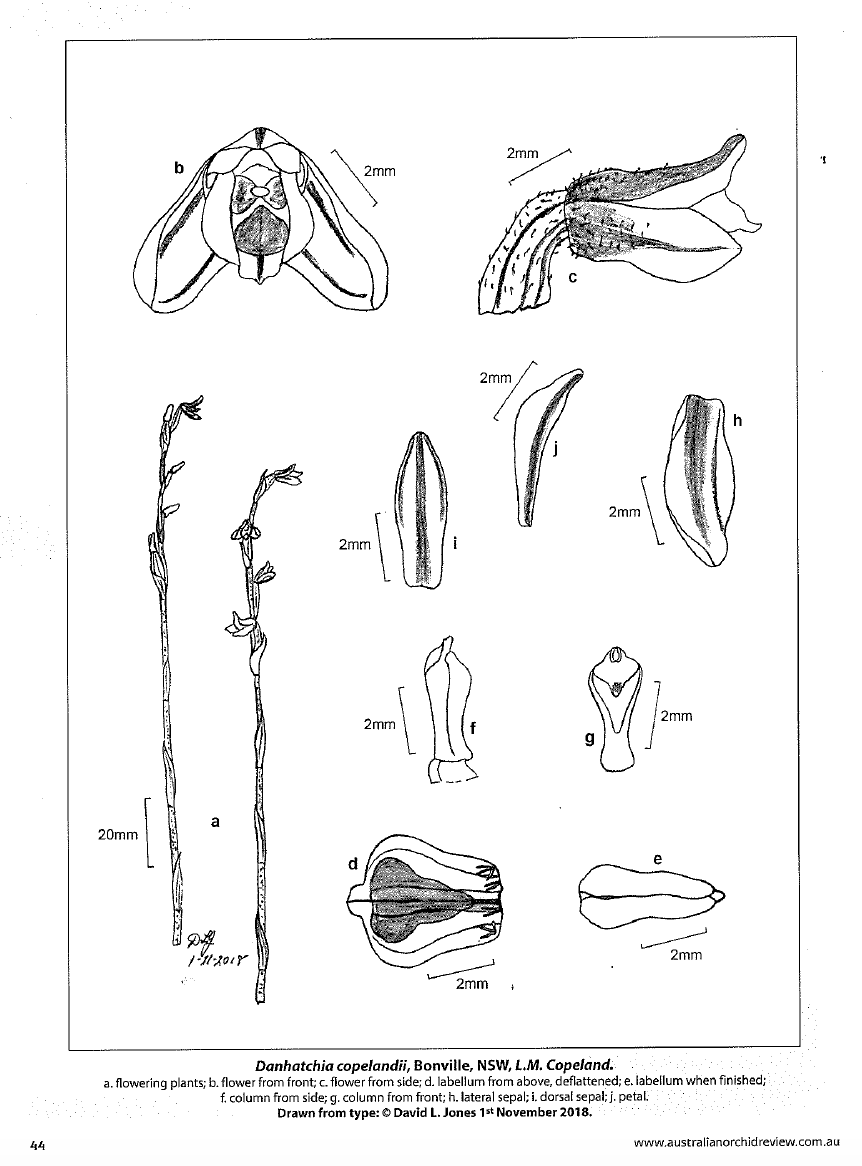 Another fascinating fact about this new orchid is that it doesn’t act like normal plants. The species is unusual in that it is a myco-heterotroph, which means it lacks chlorophyll and doesn’t photosynthesise to produce its own food like most plants typically do. Instead, it acts like a parasite and feeds beneath the ground on a fungus, which in turns feeds on decaying organic matter. This contrasts with the vast majority of plant species which don’t have such a complex relationship with an underground fungus. As Danhatchia copelandii has no leaves or chlorophyll, it appears completely brown except for the flowers. The relationships between myco-heterotrophs (plants lacking chlorophyll) and their fungal food partners are still poorly understood, and it is near impossible to replicate these interactions, even under laboratory conditions. Given the specific relationship between the orchid and the fungi, and the inability to replicate the very specific environment, it means the species is impossible to grow, so there’s no chance to relocate them or propagate them in a botanic garden. 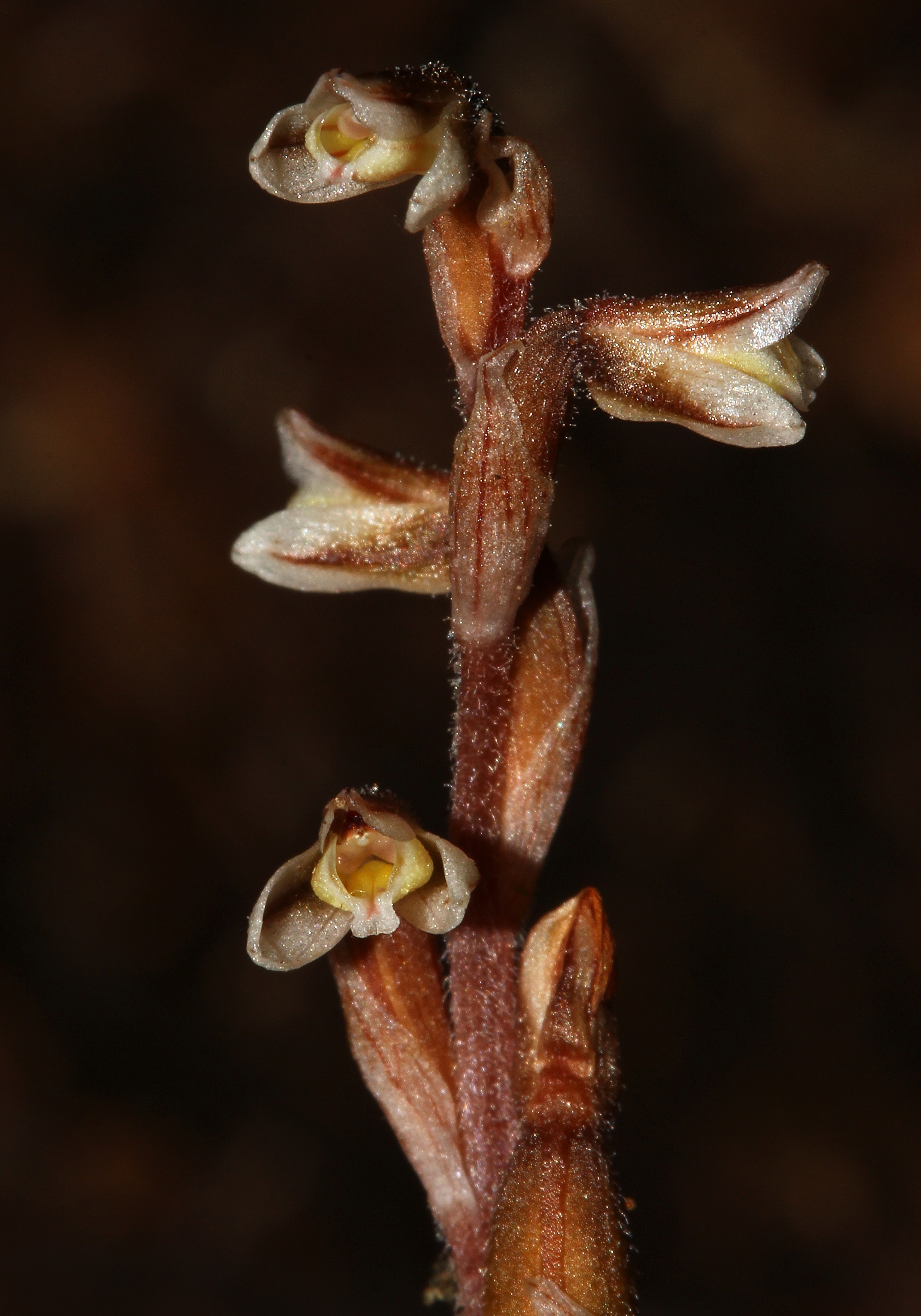 It’s been discovered that Danhatchia copelandii only flowers for a week or two, and that the orchid is basically undetectable outside of that small survey window. In the year of discovery, Lachlan discovered 24 Danhatchia copelandii plants with eight additional plants discovered in 2019. Unfortunately, with the drought last year, most of the plants didn’t flower and the orchids that did only flowered for 4-5 days, “hopefully this year we’ll have a longer period to see the flowers” Lachlan said.

One of the reasons that flowering behaviour is so interesting is that Danhatchia copelandii seems to have a different need to open up its flower than other orchids in the genus. Other species of Danhatchia are self-pollinating, which means they never need to open their flowers as they don’t need to attract anything to pollinate them. Danhatchia copelandii is the only orchid in the genus that has open flowers. Further surveys by Lachlan will hopefully include the discovery of what pollinates this new plant, “if it is insect-pollinated as my observations would suggest, it leaves open the intriguing question of what pollinates it and how!”

Watch this space for the next instalment as this discovery continues to unfold and Lachlan finds answers to this intriguing question and more.

Get in touch for approachable expertise on all things botany: