Keeping Australia’s largest music festivals in tune with the environment

Music festivals can have a wonderful benefit to the cultural fabric of a place, but what kinds of benefits can they have for the natural environment? For the past two years ELA has been working with North Byron Parklands, who run the beautiful 660-acre cultural arts and music events venue at Yelgun near Byron Bay in NSW, currently home to two of Australia’s most iconic annual international cultural music festivals, Splendour in the Grass and the Falls Festival Byron.

Up until now the Yelgun site had been operating under a temporary approval, however, to ensure a continuation of cultural events on the site, North Byron Parklands began the process to seek approval for ongoing use of the site. The proposal for ongoing use also included a staged increase in patron numbers and the building of new infrastructure to support the cultural events.

Senior ELA Ecologist Steve Jarman says that the North Byron Parklands has been a particularly fun and rewarding project to work on.

“It is a really beautiful site, set amongst the coastal foothills of Northern NSW, with large areas of lush rainforest, swamp, and wet eucalypt forest with towering gum trees” says Steve. 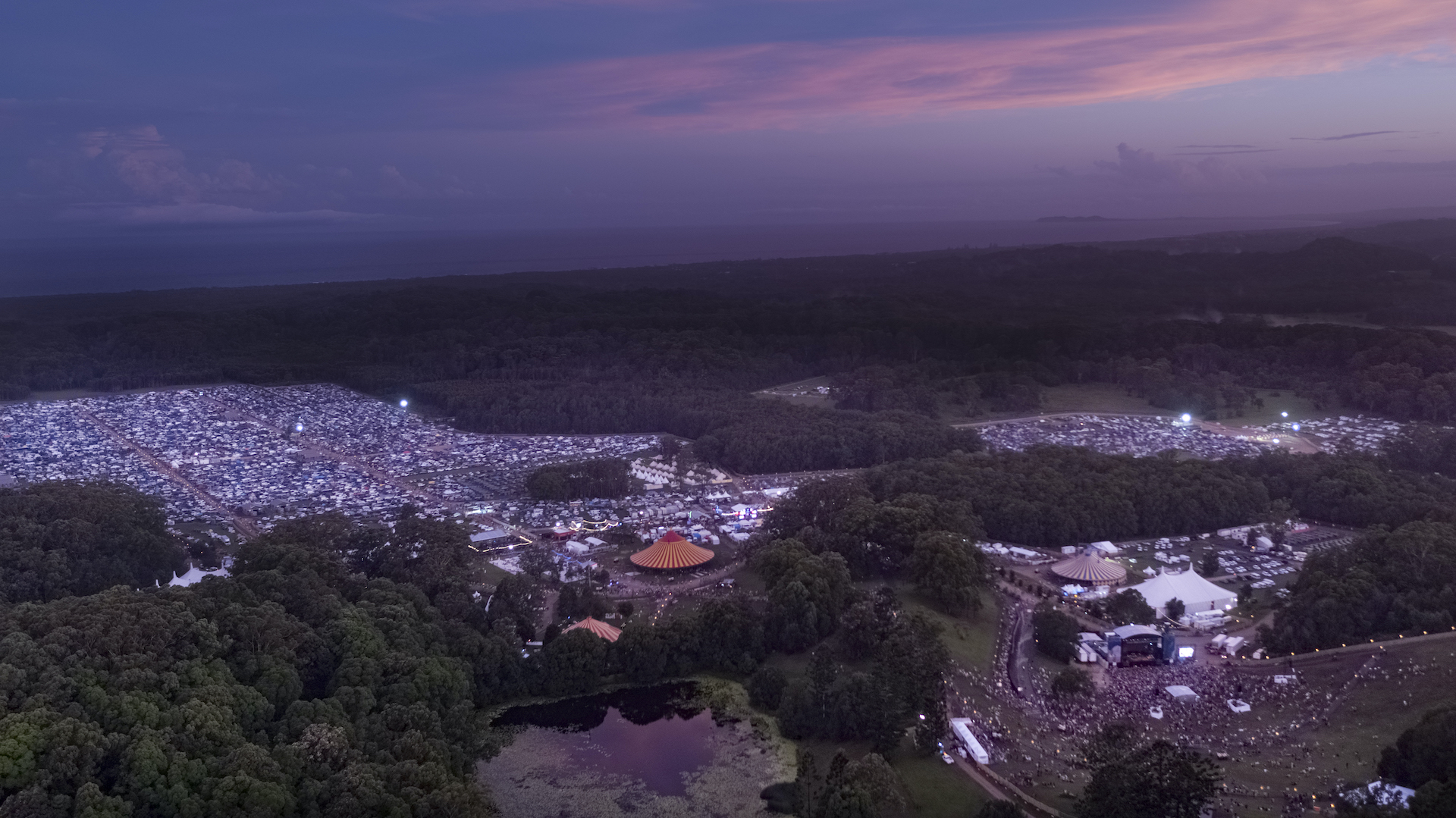 For this project ELA worked with North Byron Parklands to negotiate and liaise with regulators from the Office of Environment and Heritage and the Commonwealth Department of Environment and Energy. ELA also assisted by preparing a Biodiversity Assessment Report, a Flora and Fauna Monitoring and Adaptive Management Plan, a strategy to manage potential indirect impacts to the adjacent Billinudgel Nature Reserve, and a Koala Plan of Management.

“In combination with our own site survey data, we were able to utilise a wealth of robust ecological data that was collected at the site over the past 10 years,” says Steve.

The monitoring and management plan set key indicators for monitoring fauna and thresholds for when further management would be required, as well as describing the significant re-vegetation works that were ongoing at the venue. ELA were also able to simplify ongoing monitoring requirements, improving efficiency and cost effectiveness.

The project saw ELA work closely with the NSW National Parks and Wildlife Service and the Office of Environment and Heritage to prepare a strategy to manage any potential impact on the neighbouring Billinudgel Nature Reserve. 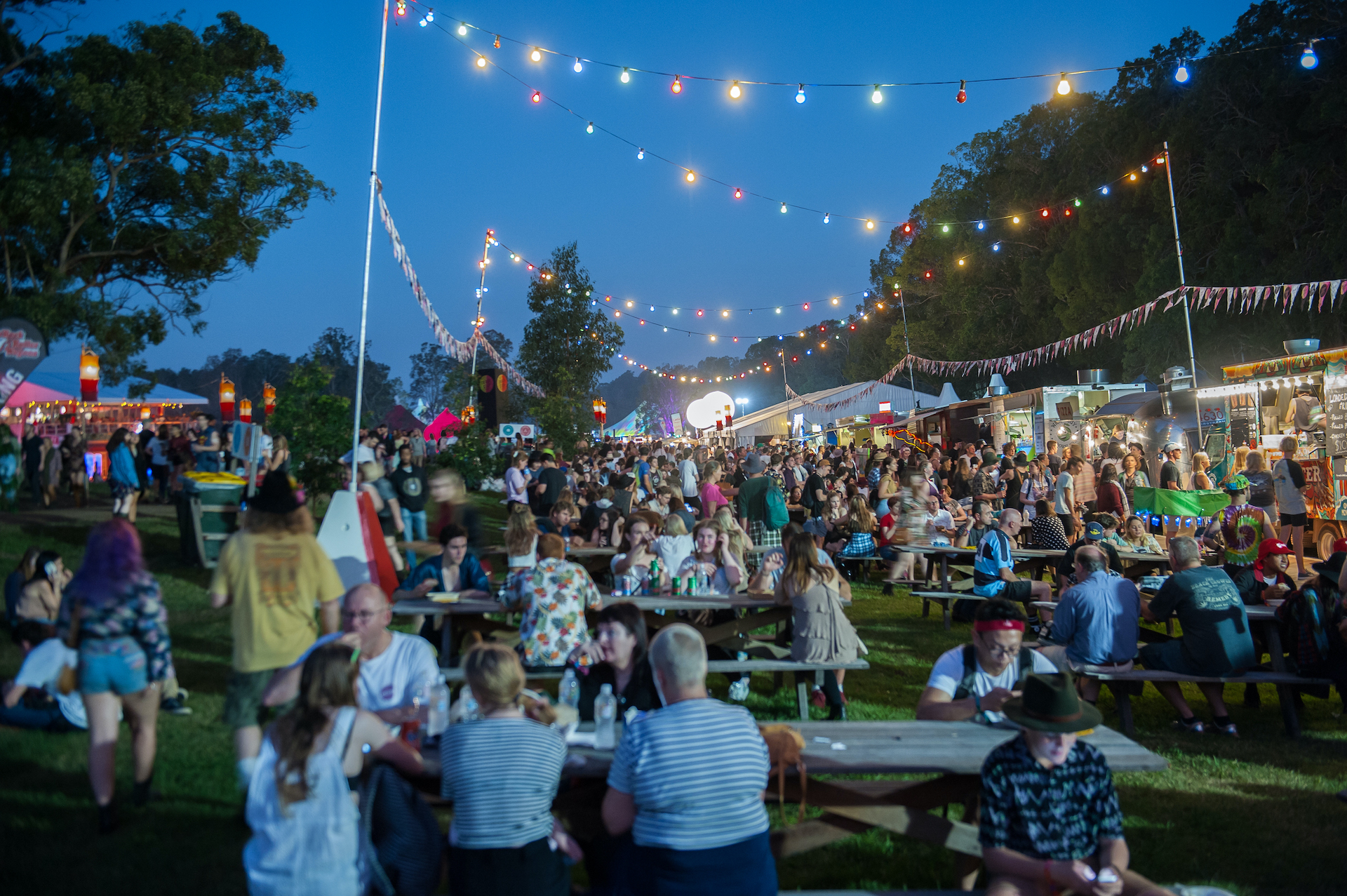 As always, unique jobs such as the North Byron Parklands site come with its own set of unique challenges.

“One interesting aspect of the job was the preparation of the Koala Plan of Management – as we needed to establish how to manage koalas if one was to show up during a major event!” says Steve.

However, Steve says that despite the size of the events there has been only minor and short term impacts to the fauna, and this is expected to be the case for future events at the site.

“Comprehensive event impact monitoring since events first started at the site in July 2013 has shown that that a small number of fauna generally leave the site during events but quickly return once the event is finished. Moreover, over time we are expecting an overall conservation benefit to wildlife due to the significant conservation efforts being undertaken by North Byron Parklands,  This has already started to happen with at least two threatened species returning to the site after absences of over 10-years” says Steve.

Direct impacts to habitat due to the proposed development of the site are also minimal. The proposal required only minor vegetation clearing of 300m2 to allow an existing track to be expanded. Over the years, more than 24,000 native species have been planted across the site, many by festival patrons. The venue also proposes to operate for less than 10% of the year with the remaining time devoted to habitat restoration and maintenance activities.

Development consent for ongoing use of the cultural events site and development of additional infrastructure was received in early 2019.

The more developed cultural event site is expected to have long-term positive impacts within the Northern Rivers Region, with economic assessments estimating that the proposal could generate up to 431 full time equivalent jobs, with 115 of these in the Byron Shire. It will also uphold the Byron Shire’s well-earned reputation as an iconic destination where art and culture thrive.