Life at the end of the Earth: Emily Mowat returns from 12 Months on Macquarie Island 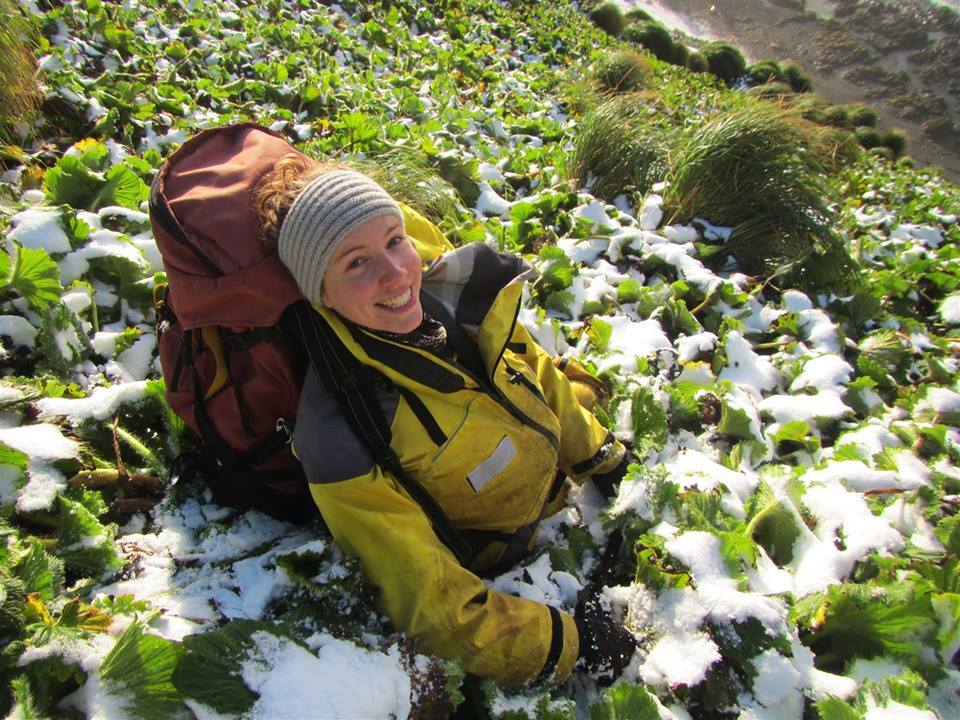 For the past 70 years, Australian National Antarctic Research Expeditions (ANARE) have been dispatched to Macquarie Island in order to carry out scientific research and island management.  ELA ecologist Emily Mowat recently returned from a 12 month expedition on Macquarie Island as part of the two-person team running the Albatross and Giant Petrel program.  The program is run by the Marine Conservation Program of the Tasmanian Department of Primary Industries, Parks, Water and Environment (DPIPWE) and supported by the federal Department of the Environment and Energy (DoEE).

We caught up with Emily to hear about life on one of Australia’s most remote and isolated islands.

What happens on Macquarie Island?

A variety of scientific projects happen on Macca, including meteorological monitoring, atmospheric physics projects, geoscience projects, remediation experiments and studies of the ecology of subantarctic wildlife.

I was involved with running the Albatross and Giant Petrel program.  My field buddy Mel and I conducted monitoring activities for the four species of albatross and two giant petrel species that breed on the island, to keep track of how their population numbers are trending over time. 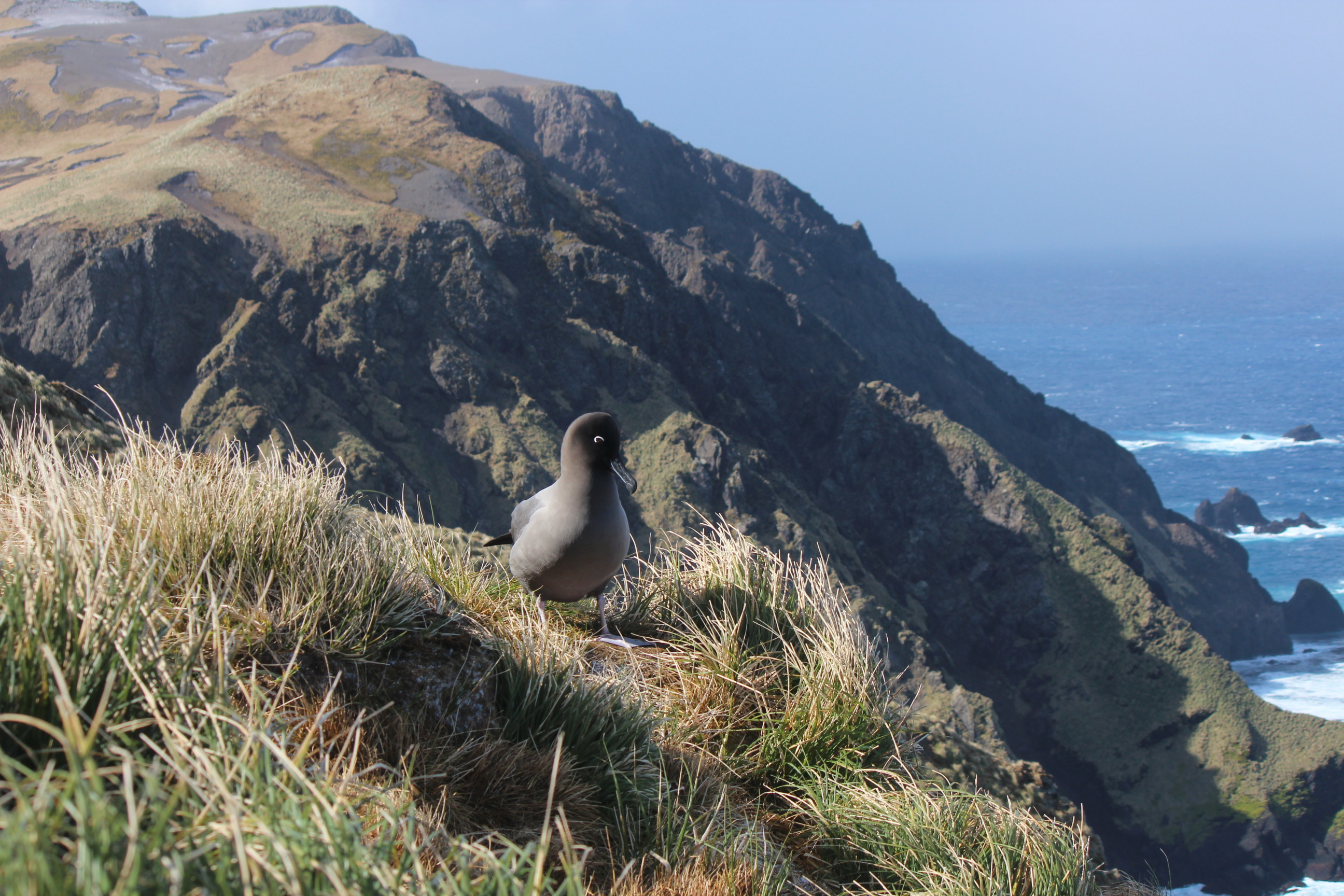 Describe a typical day in the ‘field’.

Typical days varied hugely between winter and summer, as the low latitude meant very short days in winter and very long ones in summer!  During the peak of winter, we had to be back in the hut by 3pm, when the sun began to set, whereas over summer it was light until 10pm.

A typical field workday began with a big breakfast to fuel up for the day ahead, before  having our morning radio schedule (“sked”) back to the station. After receiving a weather update (generally 20-30 knot winds and some kind of precipitation!) we would state our intentions for the day.  We’d then pack up all our gear for the day and head off. A field day nearly always began with a climb up a very big hill, as all huts are located at the base of the coastal escarpments. The commute to the nesting sites where we worked was usually 1-2 hours.

A day might involve searching the slopes of a nesting site thoroughly for albatross nests, checking up on the progress of these nests later in the season (determining which ones had successfully laid an egg or hatched a chick), searching for petrel burrows amongst thick tussock or band-reading Northern Giant Petrels.  Lunch was consumed in whatever slightly sheltered place we could find out of the wind. 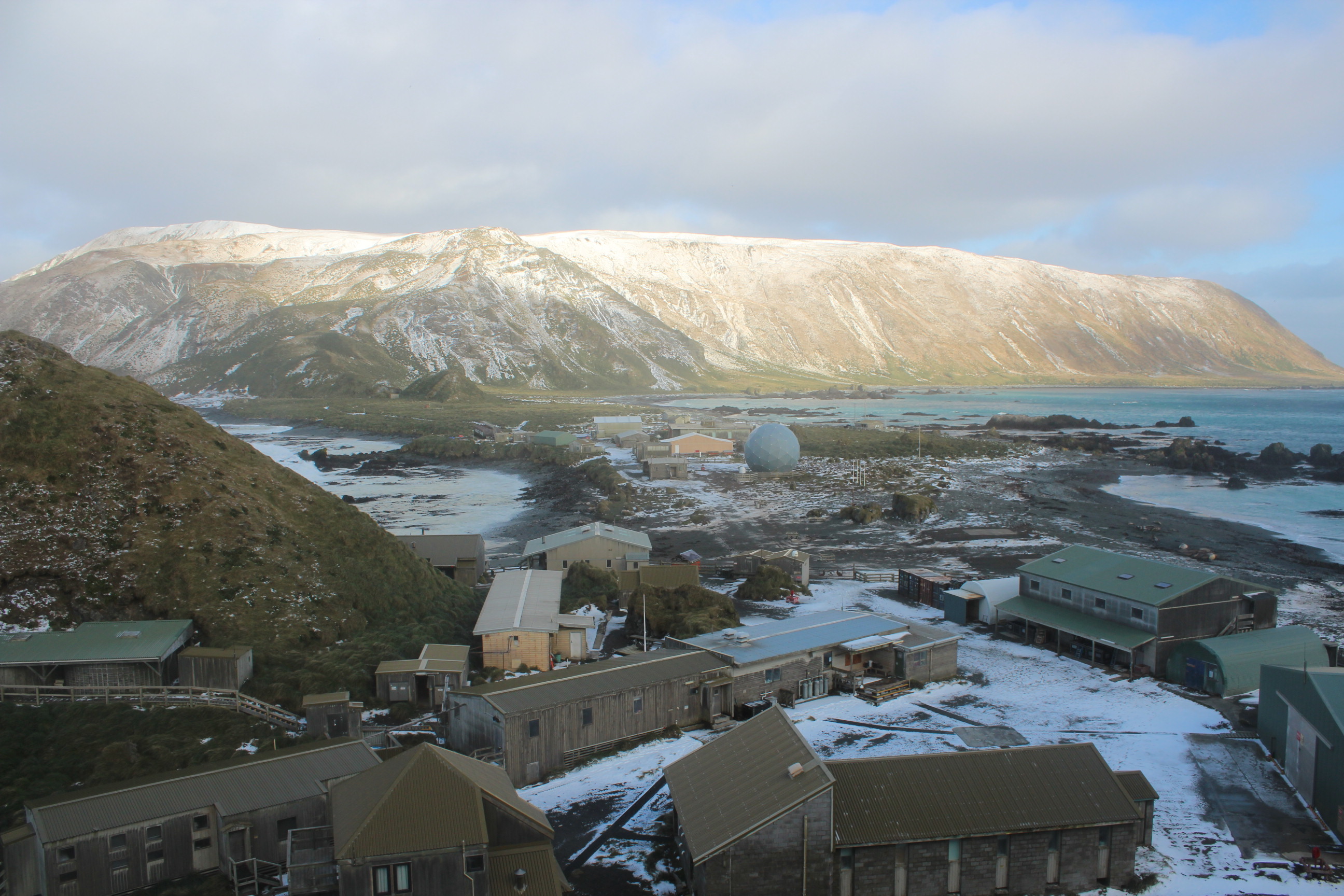 Upon arriving back at the hut, the top priority was to rip off all our wet clothes and put the kettle on. The drying of boots and clothes in front of the heater was a major hut activity and often not successfully achieved before they had to be put back on the next day. A bucket shower was a luxury we enjoyed at the hut where we spend most of our time (Hurd Point).

At 7pm it was time for another radio “sked” back to base, where we received another weather update for the next day and listened in on what expeditioners in other huts were up to. After this it was time for dinner, which had usually been planned out since 9am (food was at the forefront of our minds at all times in the field!). Dinner was created using the variety of tinned and dry ingredients that the huts were stocked with. After dinner we might play cards, read, chat or listen to music before bed and get a good night’s sleep ready for another big day in the field.

What are some of the most interesting ecological learnings or discoveries you made?

We made some good-news discoveries for some of the threatened seabirds on Macquarie Island this season.  We found the highest ever number of eggs ever recorded for the Grey-headed Albatross.  This is possibly the result of the recovery of nesting habitat following a successful eradication of introduced mammals on Macquarie Island between 2007 and 2014.

This season we used satellite transmitters to track adult and fledgling Light-mantled Albatross to find out where they forage.  It was amazing to see the distances they travel.  For example, one of the tracked fledglings left the island in May on its first ever flight across the Southern Ocean on a foraging trip that took it 4200km north-east of Macquarie Island via the Chatham Islands (800km east of New Zealand). Just before the batteries in the transmitter ran out in September, the bird was approximately 2600km off the New Zealand coast in the South Pacific, or 3100km from Macquarie Island. 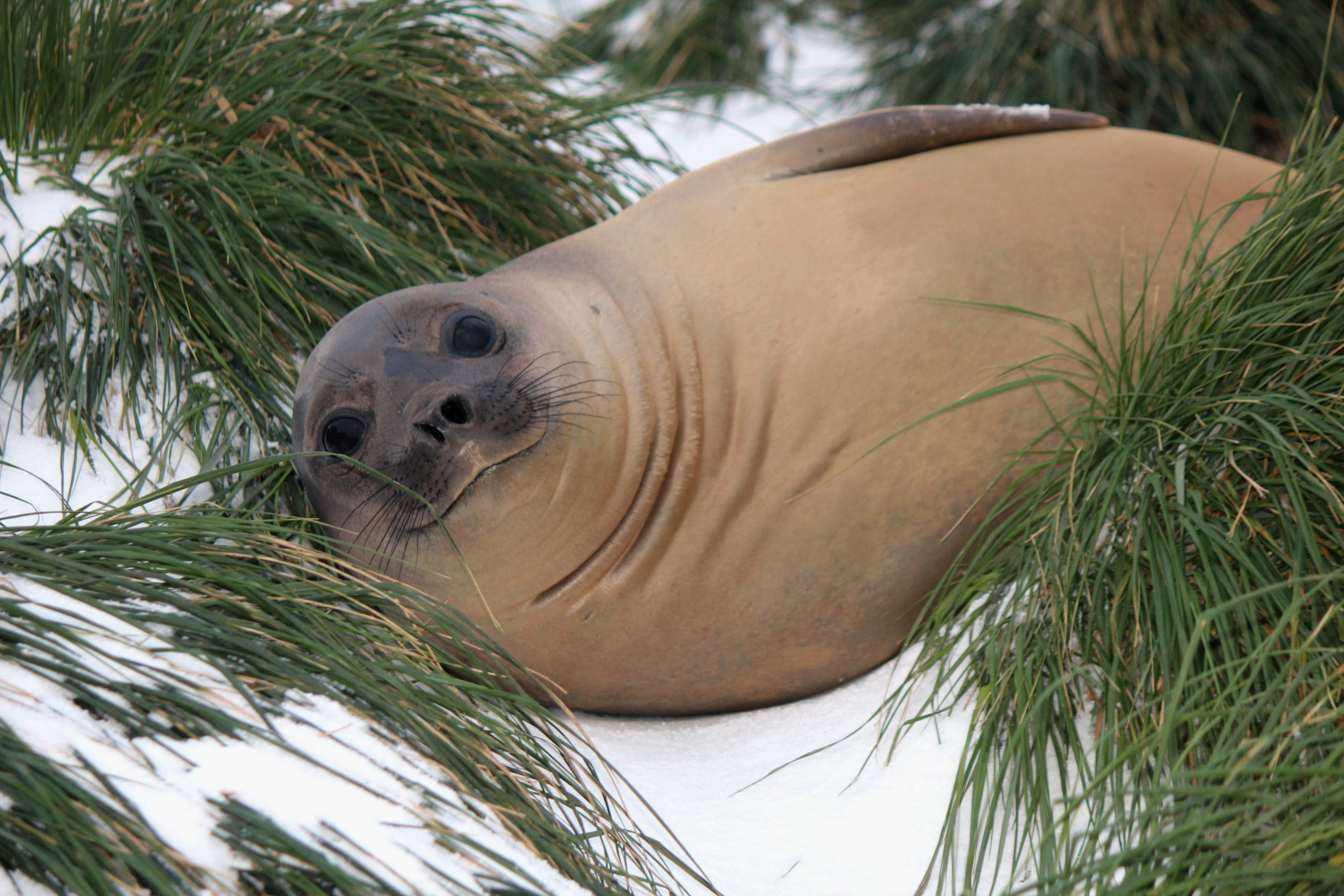 How hard was it to deal with the solitary conditions?

One of the more surprising things about working on Macca was how little solitary time we actually had. We tended to have someone else with us in the field most of the time. When we were at the station everyone was up for parties, fancy dinners, movie nights or just a few drinks at the bar.  There was a really strong sense of community on the island and fellow expeditioners became almost like family.

Sometimes however you did feel the isolation – the main time I remember having this feeling was right at the start of the year when the Aurora Australis (the Australian Antarctic Division’s icebreaker ship) sailed off into the distance. Suddenly you realise it’s just the 15 of us left behind on an island 1500km from Tasmania! 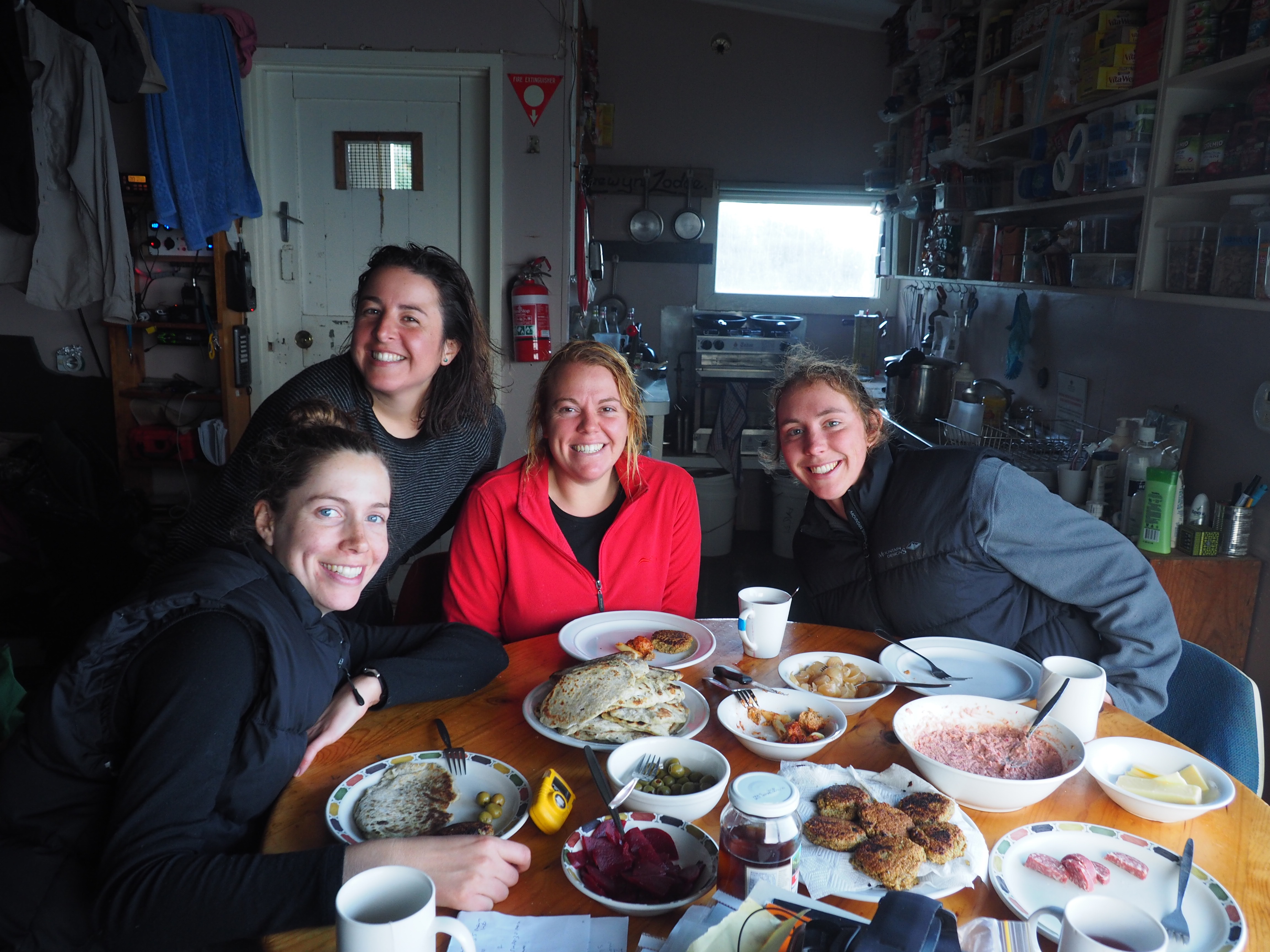 What are some of the weirdest things about working in the sub-Antarctic?

One of the weirdest things was how quickly the most amazing things became normal, just because you see them every day! For example, we got to a point in winter where we wouldn’t get out of bed for anything less than the most spectacular Auroras (Southern Lights). Similarly, the sight of thousands of penguins or hundreds of seals on a beach becomes completely ordinary! Sometimes you had to remind yourself of how lucky you were to share your home with all these incredible creatures.

Another weird thing is the food that becomes acceptable and even delicious when you are in the field. I never thought I would find myself eating circa-2013 tinned nutmeat! For anyone who hasn’t experienced the delight that is nutmeat, imagine a block of mushed up peanuts and wheat gluten that resembles (and slightly smells like!) dogfood. Surprisingly it became one of our go-to field favourites. We’d use it in creations such as nutmeat spagbol, nutmeat burritos, nutmeat pasties, nutmeat lasagne and nutmeat not-meat-balls.

Going to the toilet in the field was another interesting experience! You have to take a shovel and head down to the water’s edge, trying to dodge seals and avoid curious penguins and skuas. A particular challenge was trying not to let the toilet paper fly away in the wind - everyone had an unfortunate toilet paper story where it took off and flew right in front of a huge bull Elephant Seal, or back towards the hut! 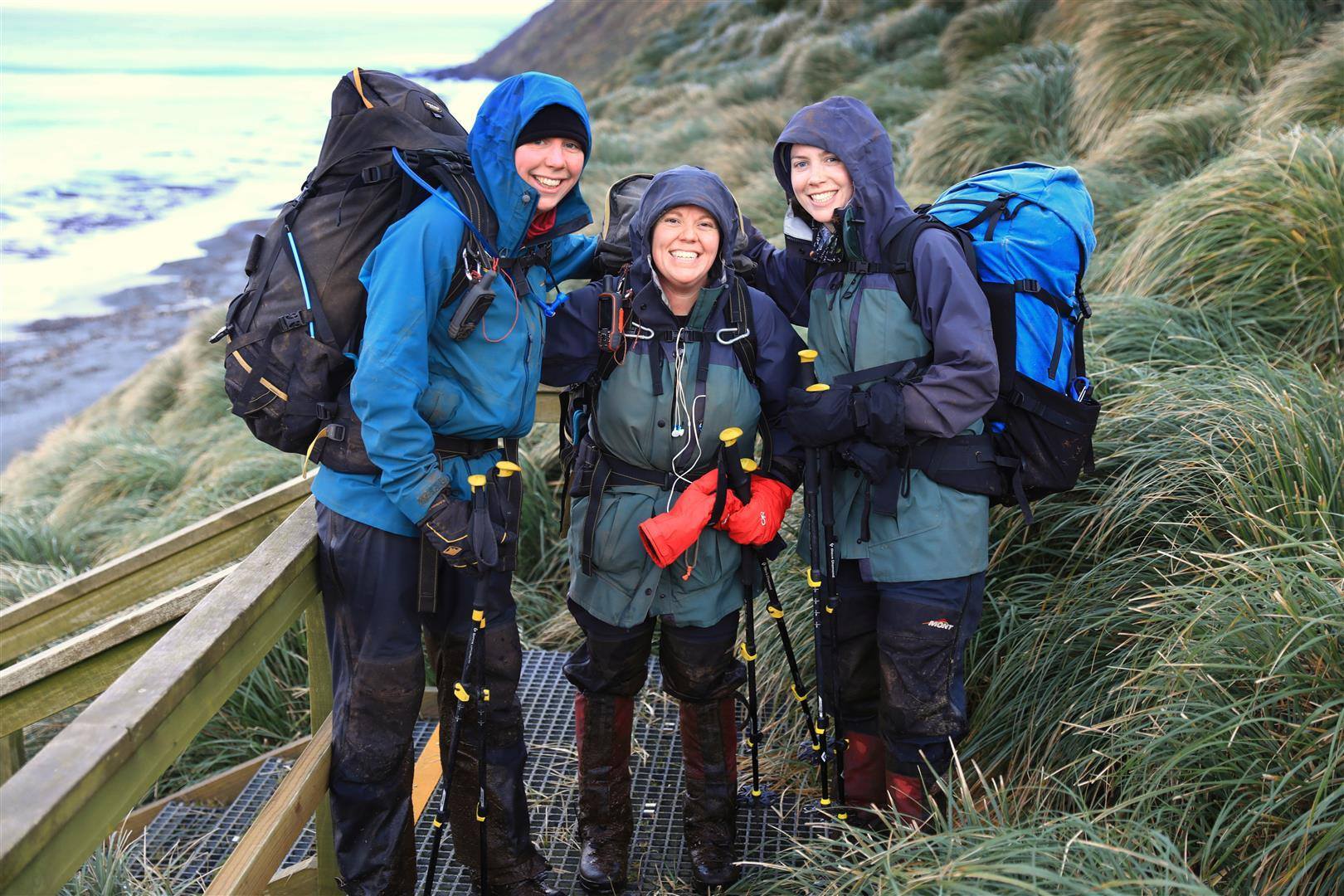 What did you miss the most? Besides friends and family…

I really missed being able to swim at the beach. Apart from a well-supervised traditional Mid-winter swim for all expeditioners in June, swimming was not very safe due to cold water, the potential for orcas to be present, and strong currents.

Like everyone on Macca, I also missed fresh fruit and vegetables! We only had one supply of food that we brought with us on the ship in March 2017. After about two months we were out of fresh fruit (apart from increasingly mouldy-tasting apples!) and lived on tinned and frozen supplies for the rest of the year. We would reminisce about avocados and bananas at least once a day. Luckily our station chef was extremely talented and whipped up delicious feasts every day!

Overall though, there wasn’t too much about the outside world that I missed. It was amazing to realise what you can live without. 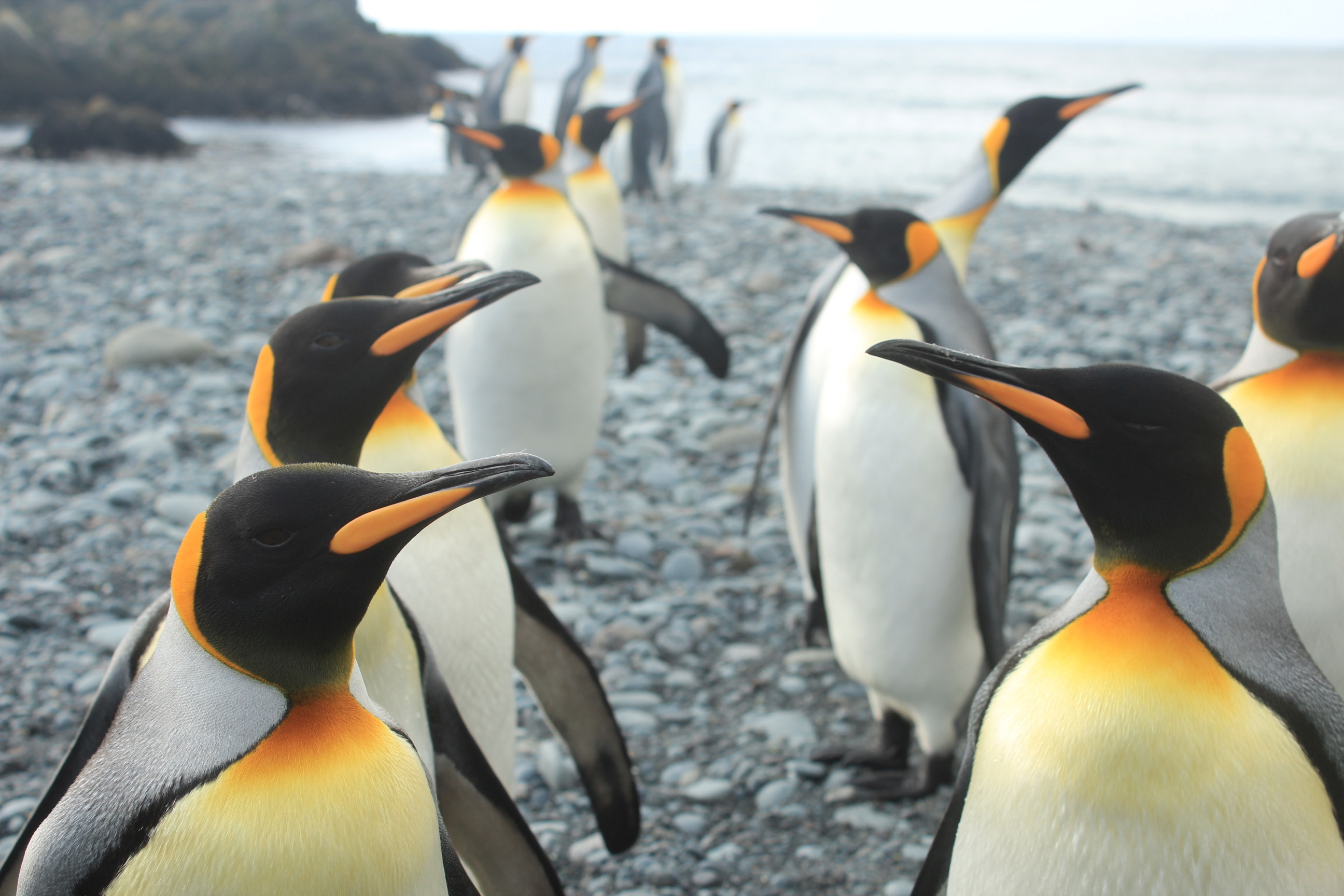