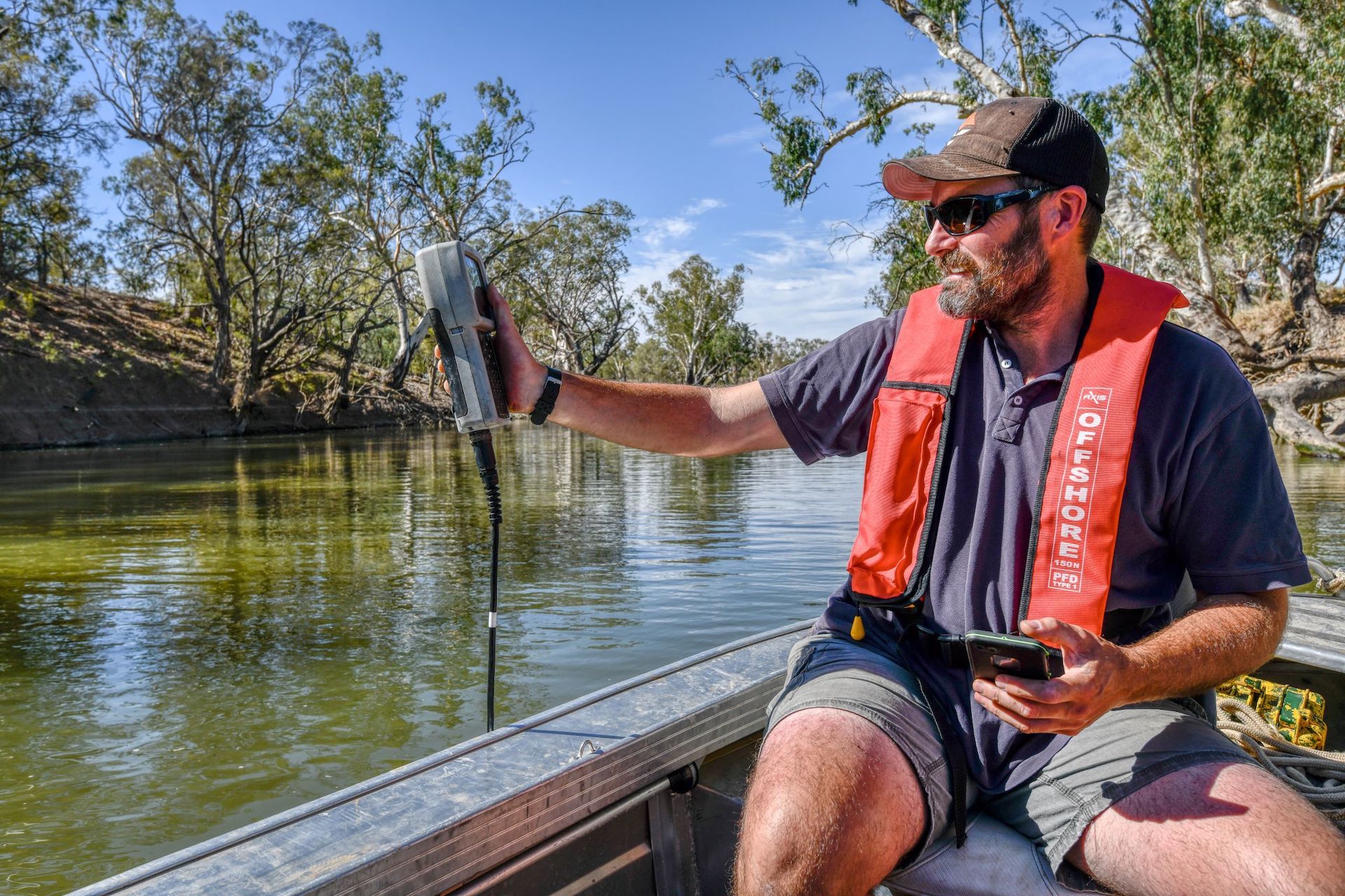 Earlier this year, extended drought in the northern Murray Darling Basin left the Barwon-Darling River at a standstill. The river stopped flowing. And in some cases, for more than 250 days! River levels in some of the weir pools along the river, such as at Bourke, were the lowest they’ve been on record (over 50 years). In some locations native fish kills had been recorded due to lowering water levels in pools and deteriorating water quality.

In response, the Commonwealth Environmental Water Office (CEWO) and NSW Office of Environment and Heritage with State Partners and community groups such as the Gwydir Environmental Contingency Allowance Operations Advisory Committee (ECAOAC), hatched the “Northern Fish Flow” plan – to release environmental water, held in dams of the Border Rivers and Gwydir catchments, to flow down into the Barwon-Darling reconnecting pools and improving their condition. The risk? Delivering this flow, particularly before Autumn when water temperatures are higher, might exacerbate already deteriorating water quality conditions and potentially lead to algal outbreaks. Knowledge of the prevailing water quality in the weir pools and isolated waterholes was critical to assess the ecological risks of delivering the flow in terms of its timing and magnitude. 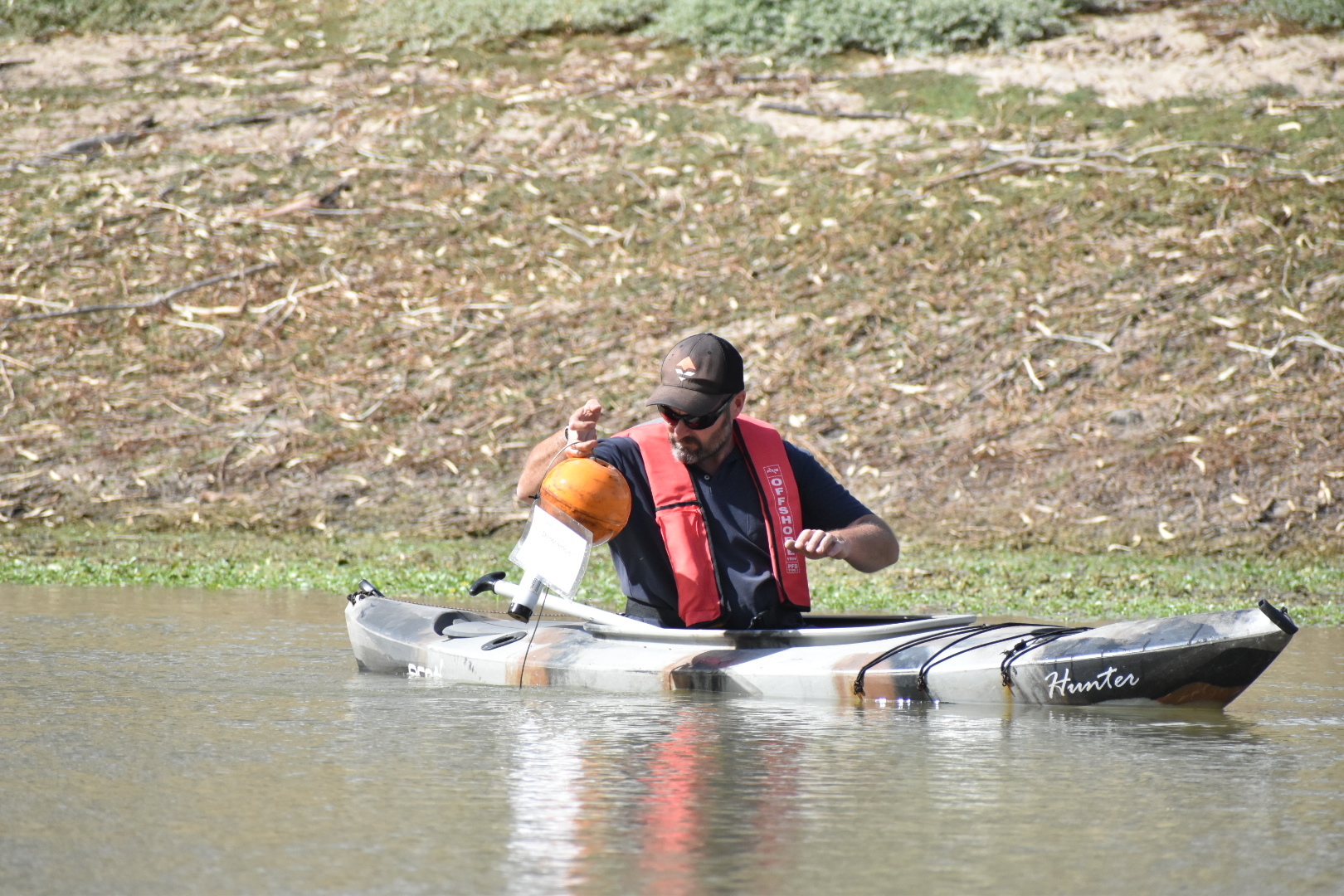 Image: Mark Southwell out in the field.

Eco Logical Australia’s (ELA) expert river science team were brought on board to directly inform the adaptive management of this environmental flow event. And who better to lead the charge than ELA’s Senior River Scientist, Mark Southwell? Southwell has worked in various positions within the water management and science industry, holds a PhD specifically looking at nutrient and sediment dynamics in the Barwon-Darling River, and spent several years working for the Murray Darling Basin Authority.

ELA’s role was to assess the quality of the water in pools before the flow and identify any risks to undertaking the release by sampling for parameters like water temperature, dissolved oxygen, turbidity, salinity and algae. They also established loggers that collect water temperature and dissolved oxygen data every hour or so for the duration of the flow at different depths within 5 major weir pools along the Barwon-Darling River form Mungindi, on the NSW/QLD border, to Bourke 750 km downstream.

“Our findings indicated that shallower pools still had quite good water quality, but at the bottom of some of the deeper pools depleted dissolved oxygen levels were discovered - low enough to kill things”, said Southwell.

“Depleted dissolved oxygen levels aren’t necessarily a problem while the pools are disconnected, but if you stir them up then oxygen levels may reduce over the whole pool leading to fish kills, or algal blooms may result when the oxygen-poor-nutrient-rich water at the bottom of the pools is mixed with the warmer surface waters”.

“No dissolved oxygen issue was expected and luckily none resulted”. 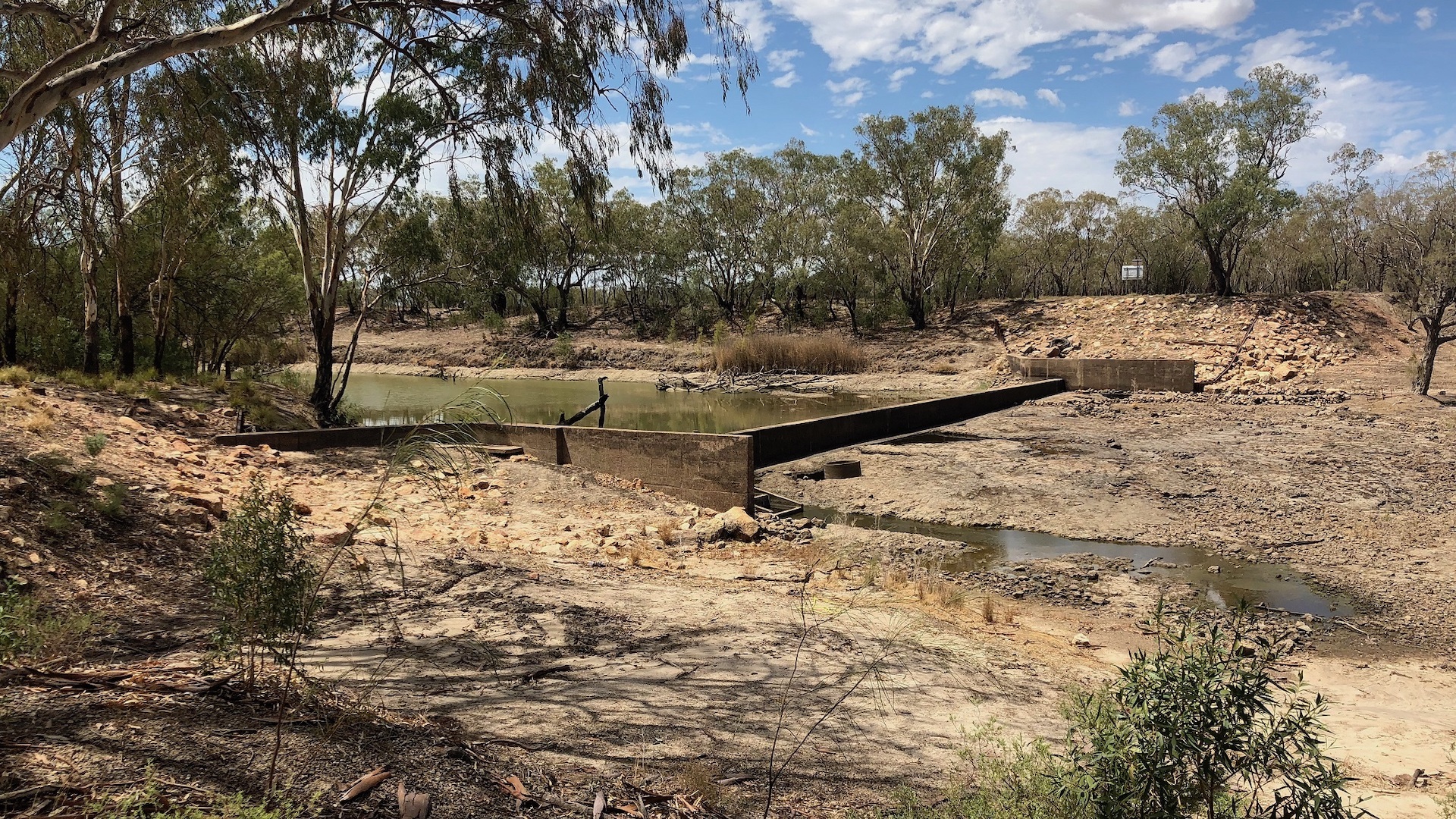 Collarenebri weir pool was identified as a potential problem area, but ELA’s findings showed that only 10% of the pool had poor water quality. This meant the risk of making conditions worse from the flow was considered low.

“The Collarenebri weir pool findings were critical information for the planning of the Northern Fish Flow, and we were involved in the technical advisory group meetings to explain to the decision makers what and where the risks were”, said Southwell. 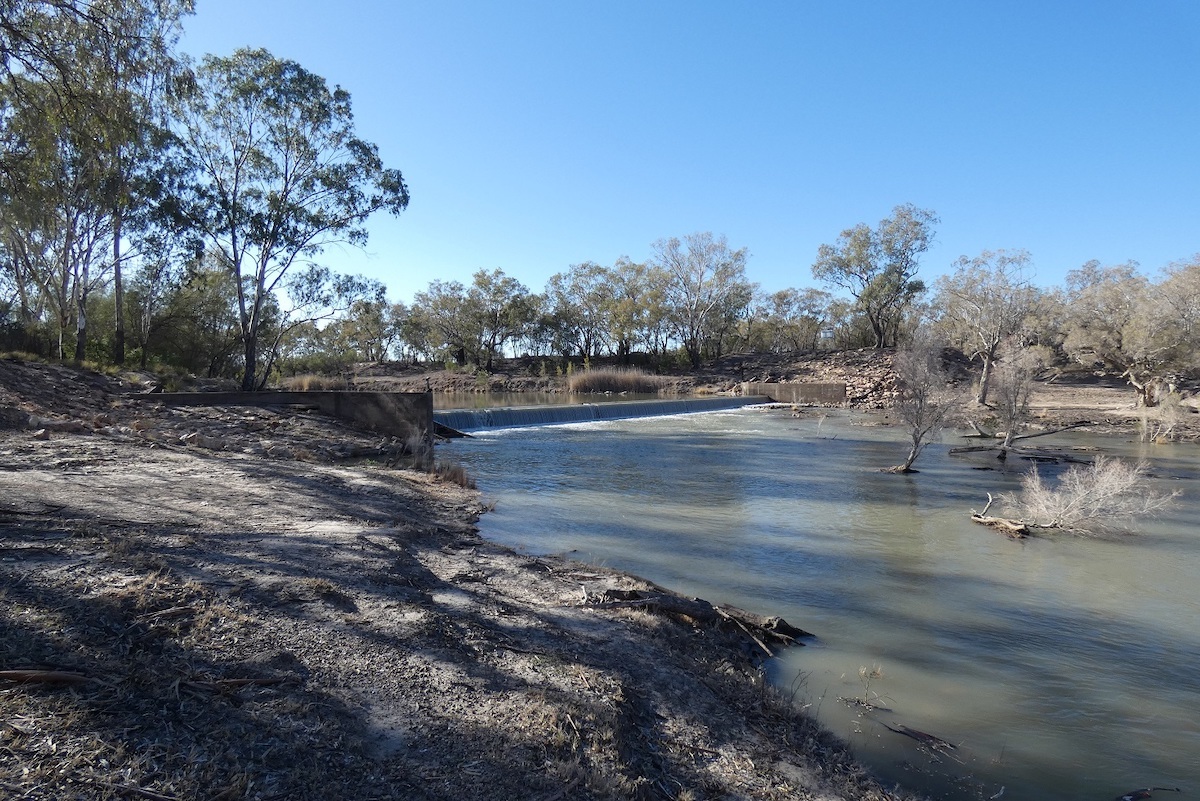 Whilst working hard is always at the forefront, it’s difficult not to experience some enjoyment when working in such beautiful locations.

“The team had a great couple of days working and camping out at Collarenebri with the NSW Fisheries team - we just rolled out our swags next to the river”, said Southwell.

“The guided tour of the river country between Collarenebri and Mungindi with Jason Wilson from CEWO in Walgett was pretty cool too”.

The Northern Fish Flow started from the dams in late April, and the environmental water has made it down through the Border Rivers and Gwydir systems to the Barwon River down to Brewarrina, filling the weir pools and waterholes upstream.

Regular monitoring contributes to the understanding of how to minimise the risk of to fish when re-starting flows in rivers. In late May ELA retested the water in Collarenebri waterhole, and on the whole, there were no issues, with good water temperature and levels of dissolved oxygen. They will go out several more times over July-August to assess the long-term response of the river to the flow. 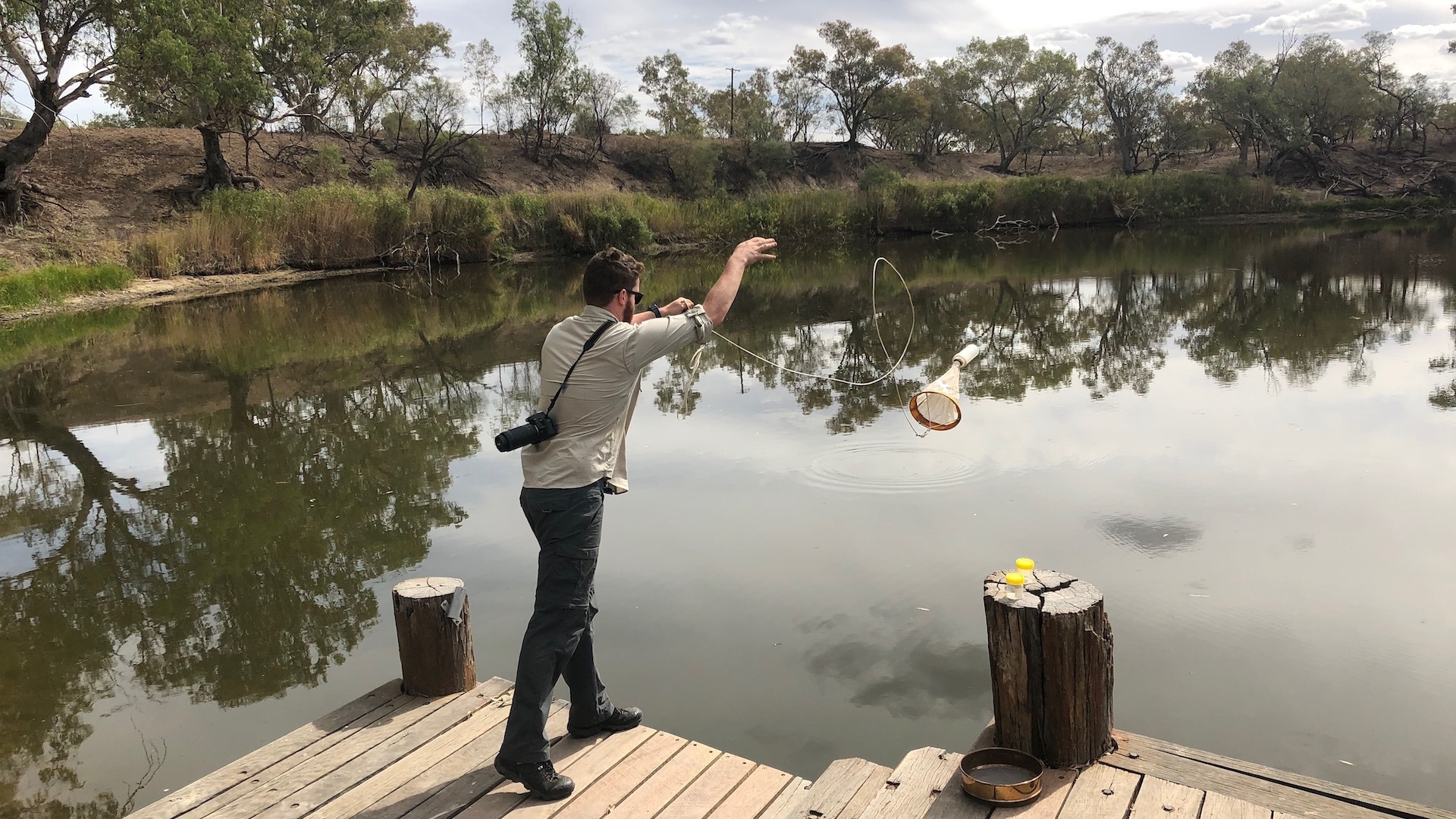 The flow has been socially and environmentally significant by rejuvenating weir pools that communities rely on for water security and amenity and improving the quality and longevity of these refugia for fish, turtles, waterbirds and other animals that rely on the river.

“It is a proud achievement knowing our work contributed to the delivery of a flow event that will benefit both the health of the river and the people that rely on it”, said Southwell.

“We have many landholders to thank who readily allowed access”.

More information on the Northern Fish Flow and its progress can be found here. 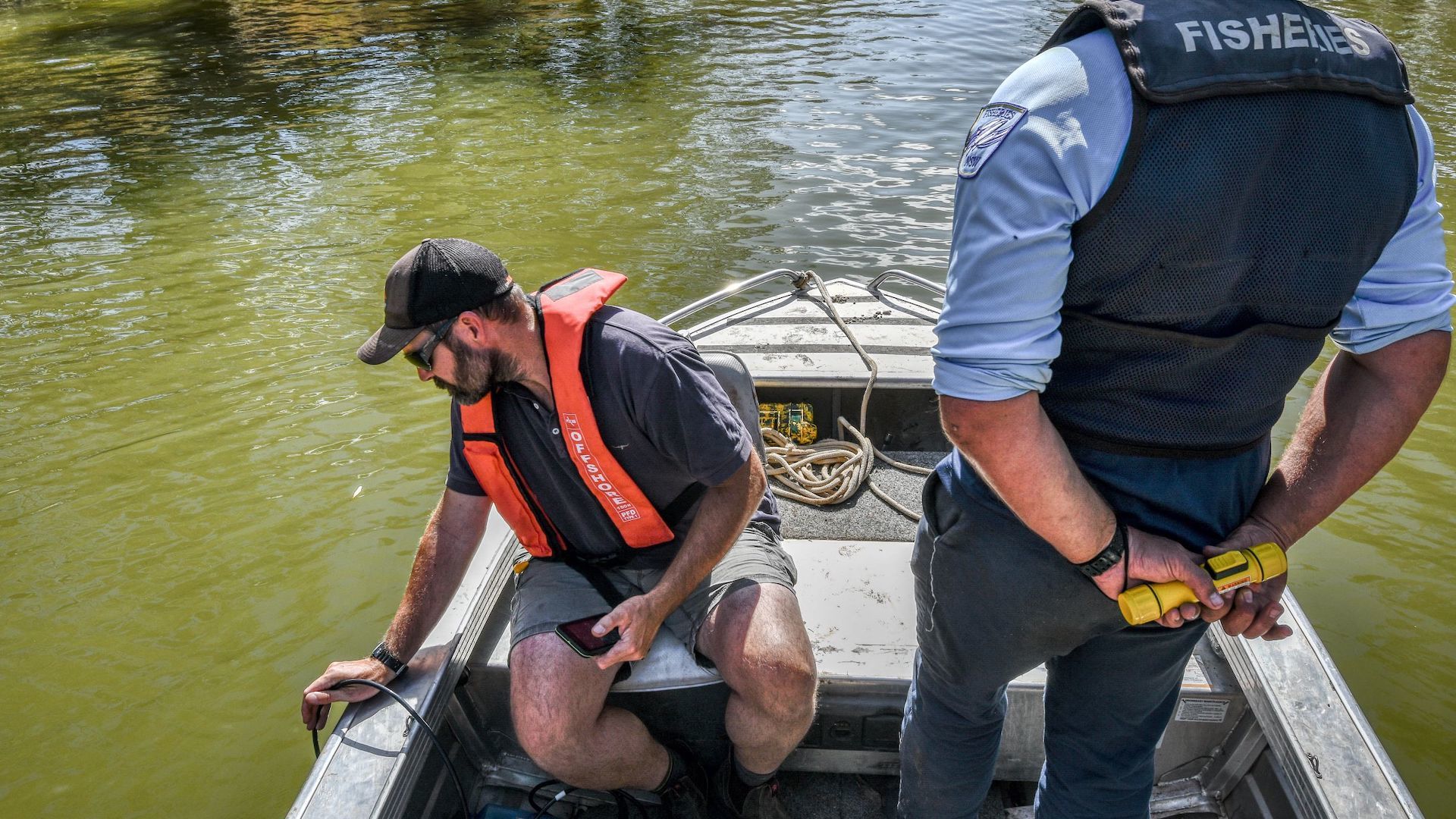