We recently chatted with Griffin Taylor Dalton, an ecologist from our Sutherland office, about a passion project of his; studying the Southern Corroboree frog predator-prey relationships and how the critical thinking involved in the project has impacted his day to day job at ELA.

Tell us about the project

While I was studying at university, I was part of a research paper on the Corroboree frog [link], which was recently published in Conservation Science and Practice. The project involved understanding whether the Southern Corroborree frog’s protective colouration was still an effective defence against predators, given that individuals of their natural predators are unlikely to have experience with the frog, which now occurs in very low numbers. It was estimated that five years ago, less than 50 frogs remained in the wild, making them essentially extinct. This species decline is largely a result of the infectious disease chytridiomycosis. Chytridiomycosis is caused by the chytrid fungus Batrachochytrium dendrobatidis and has had a signifncant impact on amphibian species world wide.

The research aimed to give an indication on how protected these frogs are when they are being reintroduced in the wild, and if their colouration will still function in protection from natural predators, such as the raven. This was done through the use of deploying thousands of replica soft clay model frogs throughout the Kosciuszko National Park, in the Snowy Mountains, NSW. These models included the natural colouration pattern of the model frog (yellow and black stripped), along with two other comparative colour patterns (all black and all yellow), shown in the image below. The models were collected from the field after several days and examined to identify which predators had been attacking them (based on the imprints left in the attacked clay). 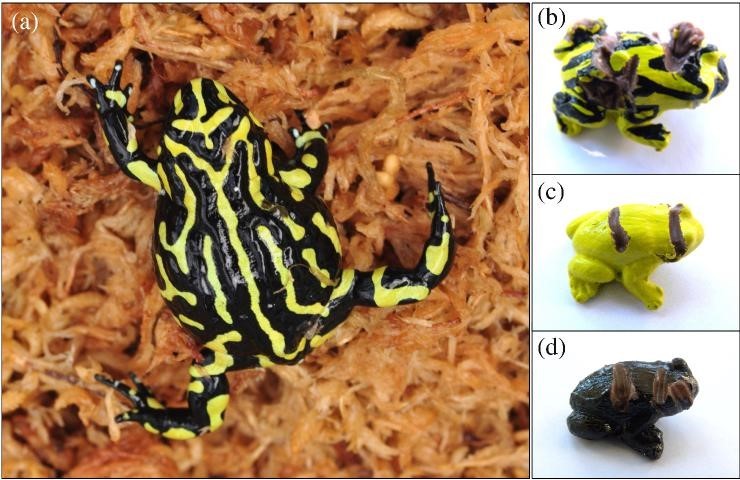 Why did you get involved with the project?

I was keen to get some hands-on experience in the field during my first year of university. I joined Dr. Kate Umbers, a lecturer at Western Sydney University who put a call out for volunteers over the summer break. I wanted to gain experience that separated me from others with a similar degree, so this was a golden opportunity to get unique scientific research and field work experience.

What did you learn from it?

Through the project I learnt the value of working in a collaborative team and bouncing ideas off one another to achieve our goal. To this day, I still use the skills I developed everyday at Eco Logical in order to achieve the best outcomes for our clients and the environment.

I learnt a lot about breeding programs and reintroduction to the wild, and all the predator/prey relationships makes you realise how intricately entwined nature is.

What were the findings?

Our research suggests that the colouration of the Southern Corroboree frog still provides defence against natural predators, including birds such as  ravens and currawongs. Before the frog numbers were so low, predators such as ravens would have tried eating a Corroboree Frog and learnt to leave these toxic frogs alone. As numbers are now so few, there is the potential that ravens haven’t seen the frogs for generations and forgotten what they look and taste like and so lost this learned behaviour. However, it turned out that predators were still more likely to avoid the models with Southern Corroboree Frog colouration, demonstrating that their colour may still be effective.

What we’ve learnt is that if clay models, like the ones we’ve used during the study, are deployed before the release of the actual frogs,  hopefully the ravens will be able to learn and the Southern Corroboree frogs can have a better chance at reintroduction. 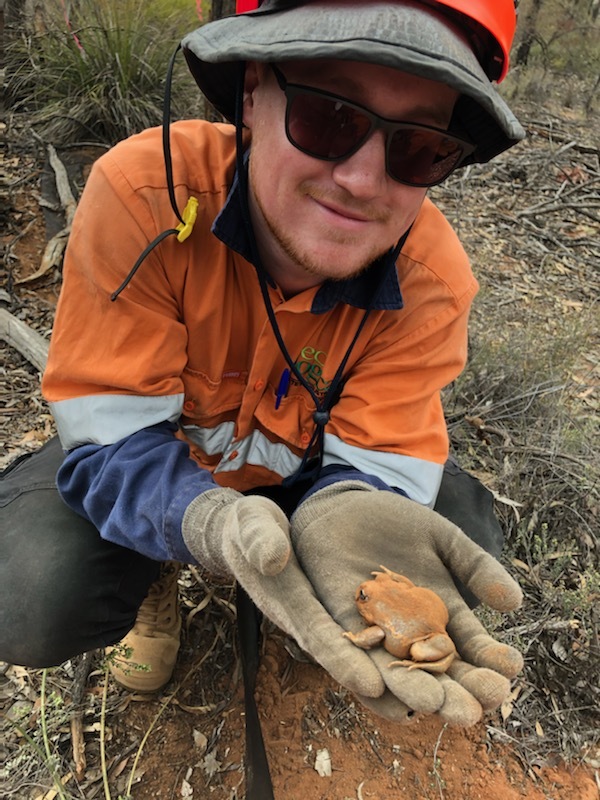 How have you applied what you learnt to your role at ELA?

The project had important outcomes, in what we found scientifically and the skills I developed personally. It helped me decide what path I wanted to take after university and gave me more confidence making decisions and recommendations based on my ecological knowledge. It was my first research experience outside of the degree framework and the work had real world impacts. It was an eye-opening experience seeing what science was like outside of education and gaining actual field-based skills that are often not taught at university. It was also my first real taste of planning and carrying out field work. It’s helped me think critically, which I now do every day in my job here at ELA. You’re constantly on your toes as every project is different.

What do you love about what you do?

ELA really does attract the very best experts in their field. It’s an edge we have when it comes to those large-scale jobs. Because we’re a larger company compared to other consultancies, you can combine many peoples experience on projects. I get to learn from the very best across all facets of environmental consulting. If I’m interested in focusing on a specific discipline, there are so many interesting projects to get involved in. ELA encourages you to grow your expertise in your field and follow your passion so you not only produce high quality work, but you actually enjoy it.