In this Meet the Experts, get to know our nationally renowned frog expert Frank Lemckert who shares with us his passion for mentoring, Taylor Swift and that he was Australia's Dungeon and Dragon's champion in 1986! 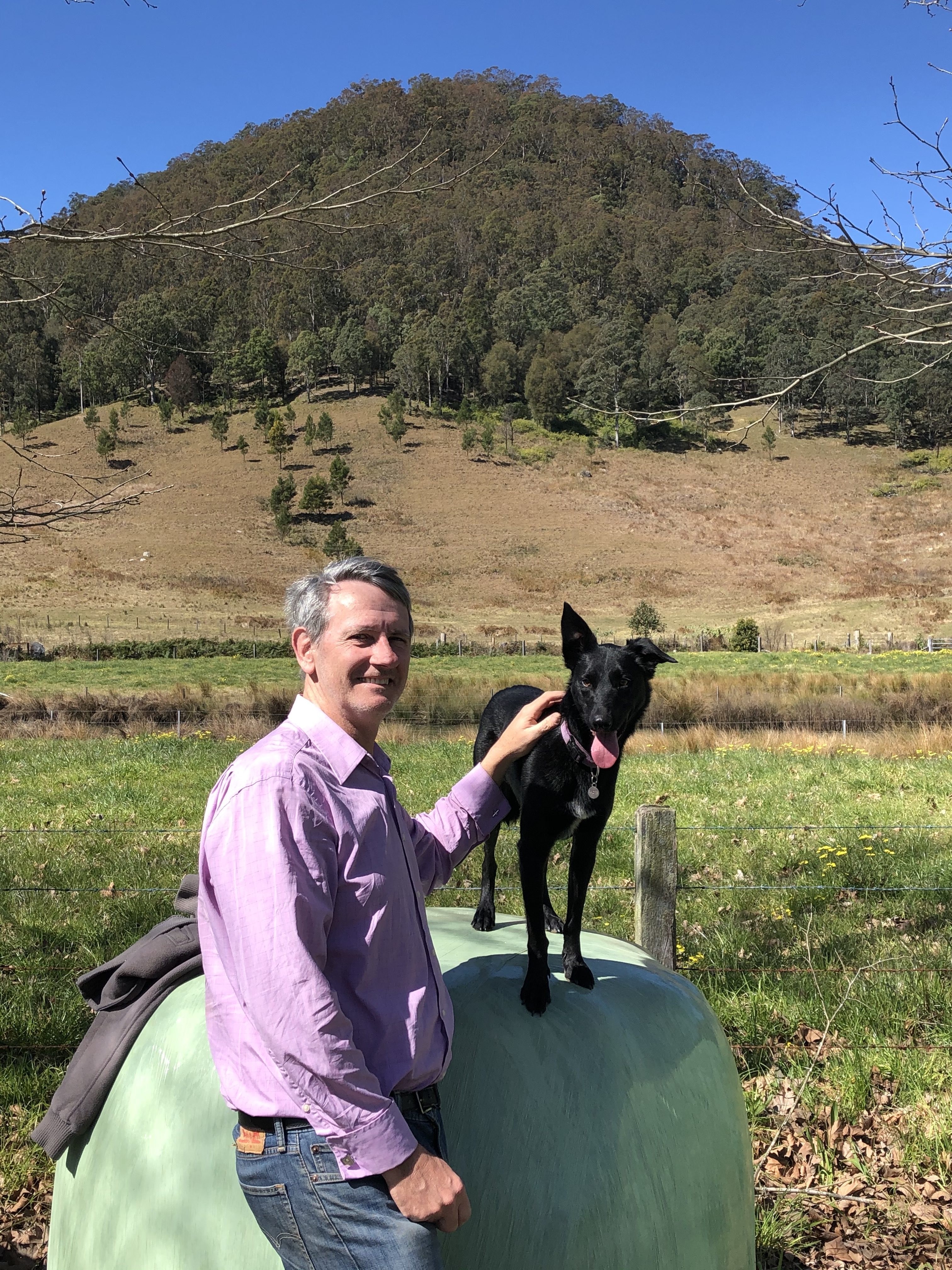 Meet Frank Lemckert and his dog Sadie in the Congewai Valley.

1.     How do you explain what you do for work at dinner parties?

I’m a frog ecologist and a researcher. I've done a lot of work across a range of reptiles and other species. I see myself as specialising in the management of threatened species. But my frog skills are what people know me for.

I’m an animal behaviouralist, and the reason I got into frogs was because of how they look after their babies and their reproductive behaviour. Beyond that, they are an interesting group of animals in Australia, and there’s a huge diversity. It's not like that in England, they've got the four species of frog and they've been studying them for 200 years. Here in Australia we have 240  species of frogs and counting, and we’ve only scratched the surface. So, there's never a dull moment with them.

3.     Why did you choose to work in the environmental space?

I’ve always liked animals and wanted to be a biologist from the earliest time I can remember. So, trying to manage the natural world and keep it going is what drives me.

Frogs are right up there in the group of animals that are really struggling.

They have been declining so badly in Australia since the 1970s and 1980s. I was drawn to questions like: why are they declining? We have a pretty good idea why, but now we're looking at how to stop it. It's a really big challenge, and there isn't an easy answer. We've discovered that the chytrid fungus is probably the primary cause of the decline in frog populations. There isn't an answer to the crisis at the moment. So, it's a question about, what can you manage? Can you manage enough to be able to keep the effects of the fungus sufficiently low to keep the frogs from extinction? Sometimes we're successful. Sometimes we're not.

I think there are a lot more than 214 species of frogs now.  Hard to keep up with the numbers.  The Australian Museum currently has 240 species as the number listed and that keeps increasing all of the time. They are much more up on this and that figure would be the one I would use and even I know it is short of what it will be in another year or two. 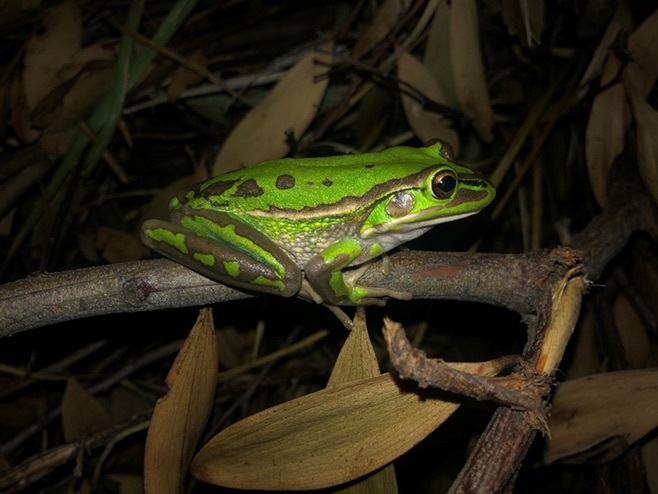 Overall, I really enjoy working with people. I enjoy the diversity of our people at ELA, their expertise and working on a range of projects with challenging scenarios to develop strategies to protect our environment.

By being the best informed in our field we can inform our clients of the best outcomes in any circumstances. Giving them the best advice possible.

6.     What's the most interesting project you've ever worked on?

A few years ago, we had a project on Kooragang Island in Newcastle managing Green & Golden Bell Frogs which occupy a highly industrial area. The Green and Golden Bell Frog is an endangered species and is well adapted to exploit disturbed environments. Once prolific in numbers, these beautiful frogs have declined by 90%, mainly due to ‘Chytridiomycosis Disease’, caused by the chytrid fungus.

We worked with our client to manage Green and Golden Bell Frogs during landfill capping works across an industrial landfill area. The scheduled remediation works needed to occur in and around the population of frogs who continually try to invade the area because that's what they do. We were trying to keep them out of the site and safe during these works. It was a complex project. We worked across a large area, with lots of frogs, in many ponds and different environment layers.

The project was extra challenging when thousands of baby Green & Golden Bell Frogs suddenly invaded the works area. All the efforts people put in place at that stage to manage the population were completely swamped. We had never faced a challenge like that before. What was thought to be standard practice was not enough to stop them finding ways in. We thought to ourselves, "So, what do we do now?"

We collaborated with the University of Newcastle (who were great to work with), and we came up with a series of strategies to understand what would work, what would not work, how we'd go about doing it to protect the population. We got the frogs out and continued with the project. It was a great outcome for the frogs and the client, and they're happy for us to do it all over again. 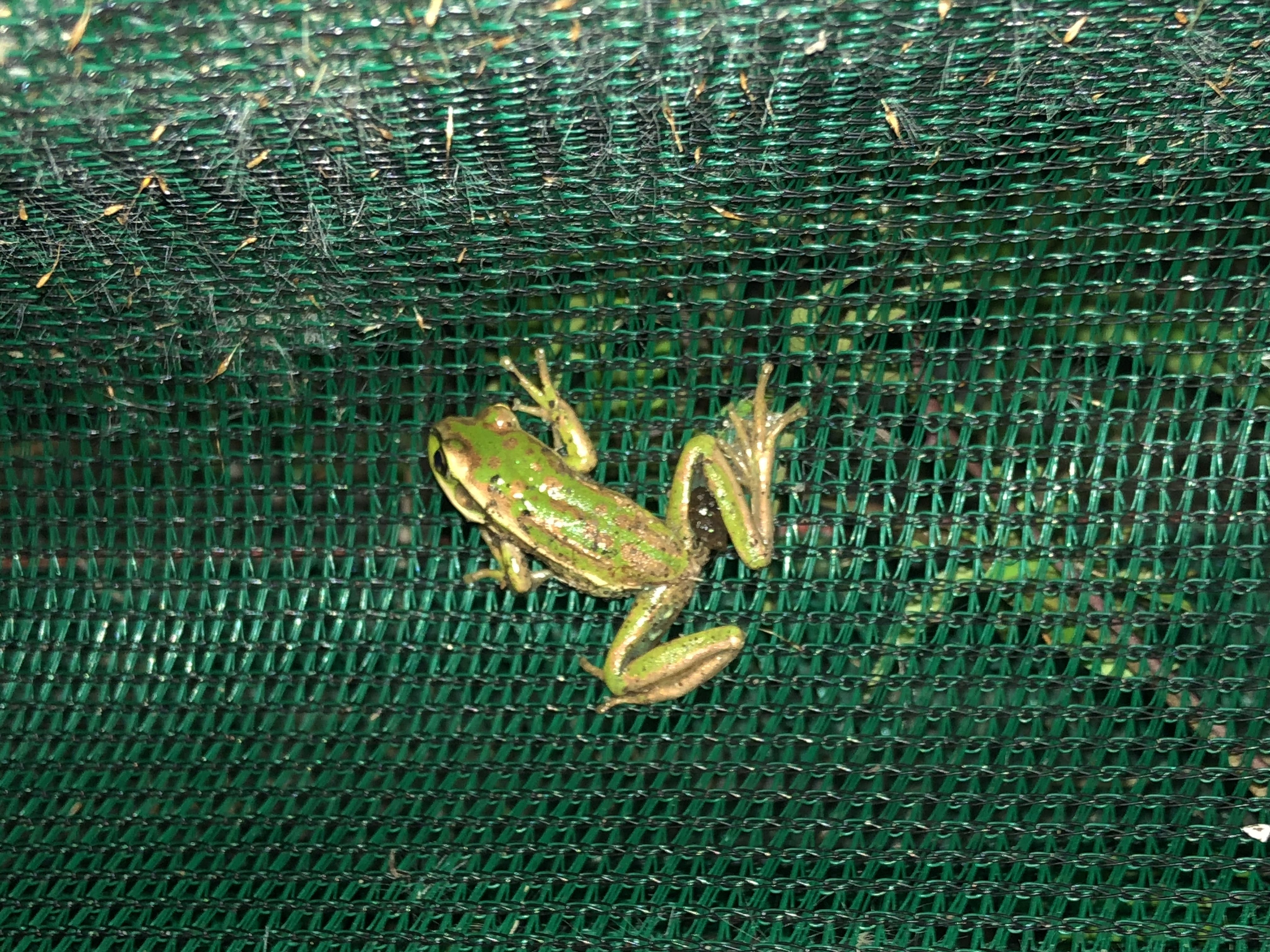 Netting and ramps were used to help the frogs to find their own way out of the works area.

I like thinking, wondering, and trying to work things out. Why does an animal look that way? Why do they behave that way? It's thinking deeply about why something happens the way it does and how that gives the best outcome for that animal.  Really, how does the world fit together to make it work the best it can? I'm always trying to work out the reasons for things happening.

I sometimes feel very privileged to have had the time to do so much research work in my life and that this has given me the chance to better understand systems. But I also see how much I don't know about things.

8.     An interesting or fun fact your team or your clients might not know about you?

I was Australian champion Dungeons and Dragons war gamer back in about 1986!

["Taylor Swift!" Frank's wife calls out from the kitchen.] My family would say I have an obsession with Taylor Swift, which is maybe true. Taytay is right up there amongst the good ones!

Anything science fiction is pretty much about right. My daughter and I watch Marvel films together. We vege out on the couch and be a bit nerdy about it.

Got a project that needs a specialised team of botanists?