The mitigation hierarchy and avoidance under the NSW Biodiversity Conservation Act 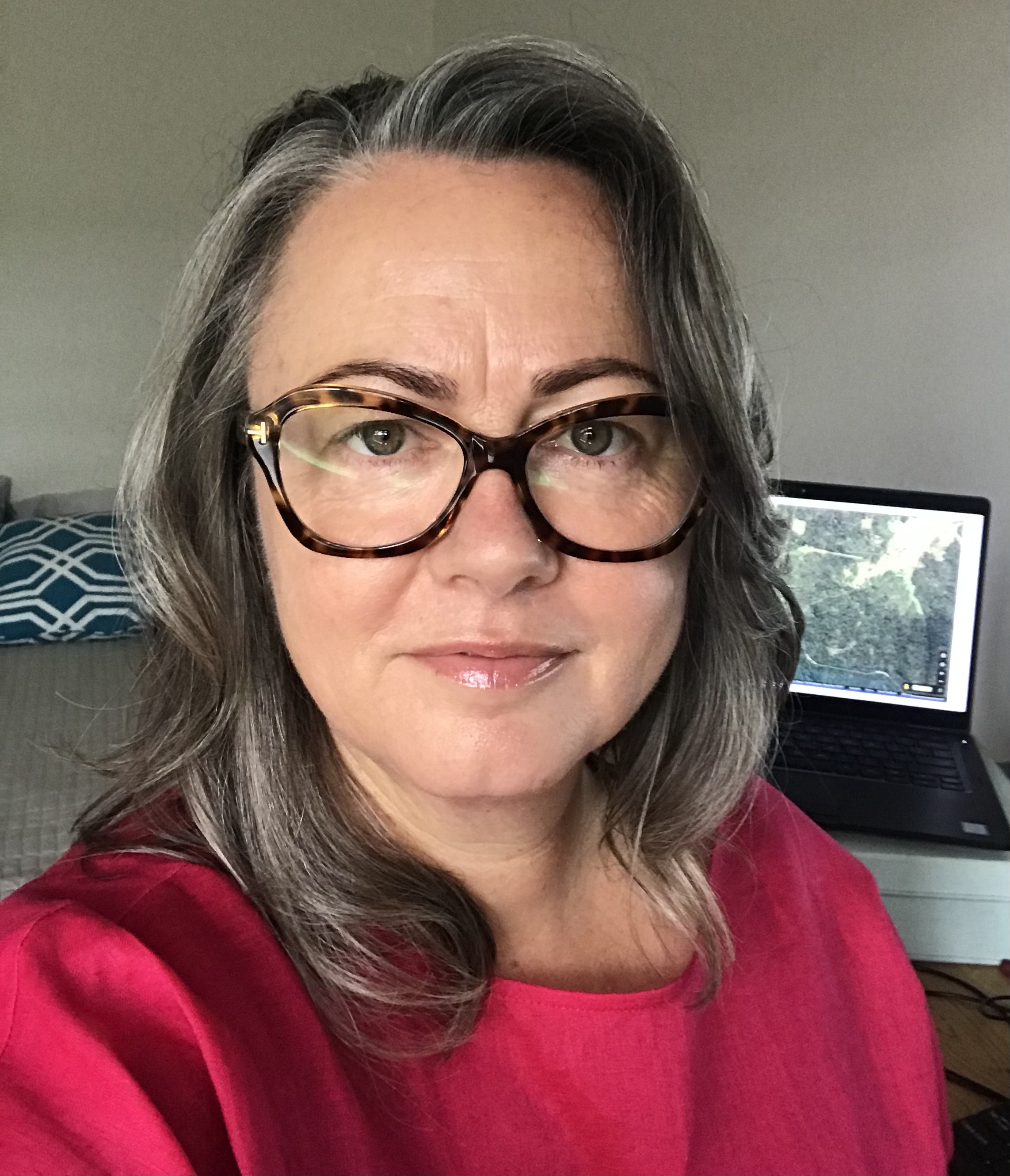 In NSW, the Biodiversity Conservation Act 2016 (the Act) was gazetted in 2016 and commenced across the State in 2018.

The Act introduced and reinforced concepts such as the mitigation hierarchy (Figure 1), a concept I will focus on as it relates to at least three matters heard in the NSW Land and Environment Court in 2021.

Mitigation hierarchy and avoidance have been paid little attention

What is the mitigation hierarchy? It is the cascading flow of decision points, or gates, that commences with avoidance and ends with mitigation (Figure 1.). It forms the basis of advice we provide at Eco Logical Australia when working with clients on managing biodiversity impacts and is always prioritised before contemplating offsets.

So practically, we consider what can a proponent do with a design to,

‘Under no circumstance should the mitigation hierarchy commence with biodiversity offsets. Offsets should only be used when all other options have been exhausted to avoid, minimise or mitigate environmental impact.’

The Act clearly provides for the mitigation hierarchy, commencing with avoidance.

The Biodiversity Assessment Method (the Method) applied by Eco Logical Australia’s consultants expresses the expectation that avoidance must be demonstrated before minimisation or mitigation of impacts. Minimisation might include conducting development at a time when threatened fauna are not breeding; mitigation measures might include limiting access to retained habitat or improving retained habitat through careful and planned management.

The hierarchy and approach have now been tested in and accepted by the NSW Land and Environment Court.

Why projects need to address avoidance

Now we understand what the hierarchy is, why should a proponent pay attention to it? Well, the spoiler alert is that it can kill a development if not considered and applied properly.

Recently, I gave evidence in the matter IRM Property Group (No. 2) Pty Ltd v Blacktown City Council. Commissioners Bish and Speers dismissed the appeal. In this matter, I argued in evidence that the exploration of avoidance was not adequate, and that reliance on developing a vegetation management plan (VMP) was not appropriate avoidance. Why was this my argument, given that a VMP could provide some level of protection? I reasoned that the mitigation hierarchy had not been applied. The assessment had only considered the use of land proposed for the VMP as part of the development, rather than considering avoidance of native vegetation that already existed. I posed in evidence other scenarios that could have been considered in the design iterations but were not. More importantly, the assessment did not consider reducing a developable area ([70]) and the Court agreed:

The applicant has not first sought to avoid or minimise the impact to biodiversity values, and instead has placed too much emphasis on offsetting the impact. [72]

The Court found that the project ‘fell over’ at the first gate of the mitigation hierarchy, and therefore the other gates fell away; this included the consideration of offsetting.

This decision has real implications for other developments and shows that proponents cannot simply rely on biodiversity offsetting to explain away a lack of avoidance. This view has been further strengthened and supported in similar decisions in matters heard.

‘…the proposed subdivision, as amended, will have unacceptable impacts on the EEC and preferred koala habitat on the site. The biodiversity mitigation hierarchy requires, in order, avoiding impacts, minimising impacts and only then offsetting or compensating for residual impacts that remain after all steps are taken to avoid or minimise these impacts. The proposed subdivision fails to take all appropriate avoidance and minimisation measures.’ Chief Justice Preston, Chief Judge of the Land and Environment Court of NSW

This is an interesting conclusion. When you look at the evidence given, both the applicant’s and respondent’s ecologists agreed in joint conferencing that an area of habitat could be avoided. This area amounted to about 841 m2 of retained vegetation and approximately 788 m2 for an asset protection zone, which would modify parts of the vegetation but retain the tree canopy.

During the hearing, the applicant amended the plans to retain more vegetation, however the amendments proposed only retaining half of the areas identified by expert ecologists in joint conferencing. It appears that by not considering the recommendations, the applicant risked the whole project.

The ruling decision clearly decided that the applicant had failed to take all appropriate avoidance and mitigation measures.

In the matter of Planners North v Ballina Shire Council, again Chief Justice Preston ruled that the applicant had not avoided the impacts of the development on endangered ecological communities [172]:

‘The applicant has proposed no measures to avoid the impacts of the development on the endangered ecological communities or habitat of the threatened species that occur on the development site, being the northern part of the site zoned R2 that is to be developed for the purposes of a manufactured home estate. The development of this part of the site involves clearing all native vegetation, except for a small stand of mangroves to the west adjoining Emigrant Creek.’ Chief Justice Preston, Chief Judge of the Land and Environment Court of NSW

This decision was based on the proposition that the proposal was to not clear an area subject to an existing conservation agreement (a Biobank Agreement). Because this area was subject to the legally binding and in-perpetuity conservation management actions of a Biobank Agreement, the land had already effectively been taken ‘off the development table’. In claiming the Biobank area as avoidance, the applicant appeared to not focus more effort on the area that was subject to the development. This is an important point, since the Biobank Agreement area did not form part of the development and no development would have been permitted on this land. The Court ruled effectively that the applicant could not ‘double-dip’; the land had already been set aside and was protected by other mechanisms [174]:

‘If development is not permitted to be carried out on certain land, there can be no impacts of any development of that land to be avoided or mitigated.’

This means that genuine attempts to avoid impacts on biodiversity must be undertaken. Simply claiming that avoidance has occurred because there is an existing conservation agreement in place is not avoiding anything, since the development would never have been proposed for that piece of land.

There is an example of a matter regarding avoidance reaching Court and the appeal being upheld. In the case in Turramurra (Blake v Ku-ring-gai Council [2021] NSWLEC 1461), the applicant made genuine attempts to avoid two trees. The assessment report presented five options canvassed, with an assessment of these options. The Court ruled that the avoidance shown and assessed was suitable, adequate and appropriately addressed.

What Eco Logical Australia can do to help

Of course, applicants have the right to challenge a decision in the NSW Land and Environment Court. What we want to do is to help prevent matters from reaching court and incurring the costs associated, to help our clients obtain a clean Development Approval and protect important aspects of our remaining fragile landscapes.

At Eco Logical Australia, we believe we can make a difference and inform critical environmental decisions. We do this by applying science, our expert knowledge and partnering with our clients to understand the key risks and the significant environmental opportunities. Working closely with our clients, we first seriously and genuinely seek avoidance, to minimise and mitigate impacts before considering offsets. As an environmental consultant, my advice is the following:

Contact us for a discussion on how we can assist you navigate this area for your project to seek an optimum outcome for you, your development and the environment.