Flora and Fauna Survey in the Goldfields, Western Australia

We conducted a flora and fauna survey across 5,900 hectares for Norton Gold Fields near Kalgoorlie in the Western Australian Goldfields region.

The survey collected baseline information on flora and fauna species in the area that Norton Gold Fields will use to support an environmental impact assessment of the proposed expansion of its existing Binduli mining operation under the Western Australian Environmental Protection Act 1986. 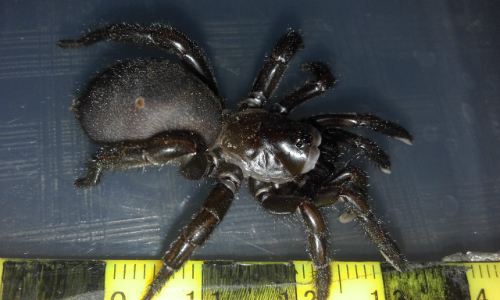 Conducted over one week by a team of zoologists, botanists and ecologists from our Perth office, the survey involved systematic, opportunistic and targeted survey techniques to map vegetation communities and record flora and fauna species occurring in the area, including species protected under the Western Australian Wildlife Conservation Act 1950 and the Commonwealth Environment Protection and Biodiversity Conservation Act 1999.

A particular focus of the survey was to determine the presence or absence of the Vulnerable species Leipoa ocellata (Malleefowl) in the area – a large ground‐dwelling bird that constructs distinctive mounds of soil and vegetation – as well as Short-range Endemic (SRE) invertebrate species, which include trapdoor spiders, millipedes, scorpions and snails with restricted geographic distributions. Our survey team identified several flora species that had not been recorded previously in the Goldfields region, and three new potential Short-range Endemic invertebrates, including a new species of trapdoor spider and two new species of millipedes.  As part of the Project, we conducted a detailed habitat and impact assessment for the proposed mine expansion and developed mitigation strategies to minimise potential impacts to flora and fauna species.

For more information on our Perth team’s flora and fauna survey capabilities, please contact our WA Ecology Lead & Senior Botanist, Joel Collins, at the details below.