We completed a flora, fauna and fungi survey within Whitfords Nodes Foreshore for the City of Joondalup in Western Australia. 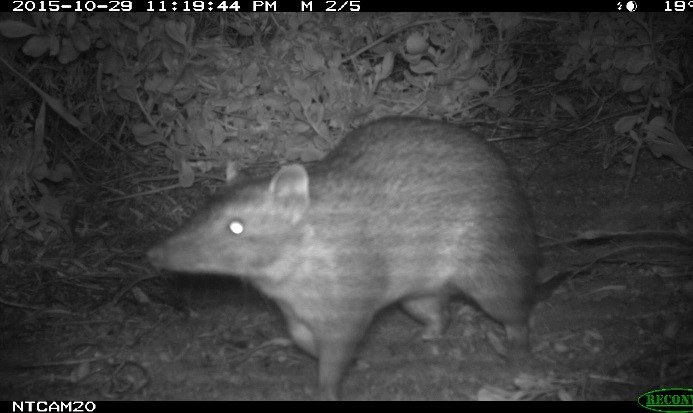 Whitfords Nodes Foreshore is an area of remnant bushland located next to the beach in the suburbs of Hillarys and Kallaroo, approximately 20 km north-west of Perth. The foreshore encompasses an area of approximately 67 hectares and contains plant communities of high conservation value. It has been recognised as having regional significance by being designated a Bush Forever site.

Our survey objective was to collect baseline information on ecological values to be utilised in the development of a Whitfords Nodes Foreshore Management Plan by the City of Joondalup.

As part of the survey, we used motion-sensor cameras to record fauna and we provided this service to the City of Joondalup at no additional cost. The use of motion-sensor cameras is a highly effective and cost-efficient method of recording active fauna and for accurate species identification. Of note for the Whitfords Nodes Foreshore survey, our motion-sensor cameras captured photos of one important species that wasn’t captured using traditional trapping methods: the Quenda (Isoodon obesulus fusciventer). This species is listed as a Priority 5 species by the WA Department of Parks and Wildlife (taxa in need of monitoring (conservation dependent)). Recent Quenda records are less prevalent north of the Swan River and so this was an exciting find by our survey team!